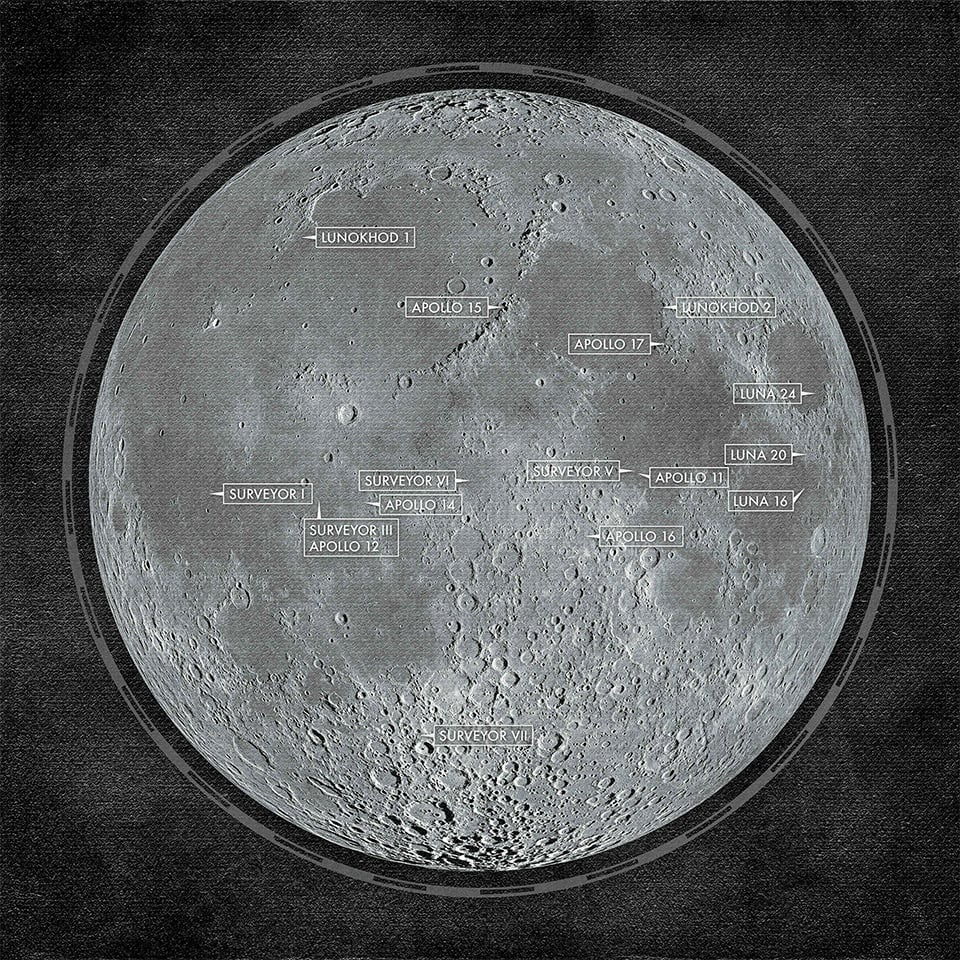 These prints from City Prints depict some of the most historic space missions in history, from the first spacecraft to leave Earth’s orbit during Apollo 8, to man’s first landing on the Moon in Apollo 11, to the famous Apollo 13 mission that was aborted early. Other prints in the series include the Kennedy Space Center, the Launch Pad 39B used by the Apollo missions, a map of the lunar landings, and Freedom 7’s travels — the first American mission into space.

Prints are done on high-quality 105# Stardream Pearlescent and can be ordered with different frame options or unframed. 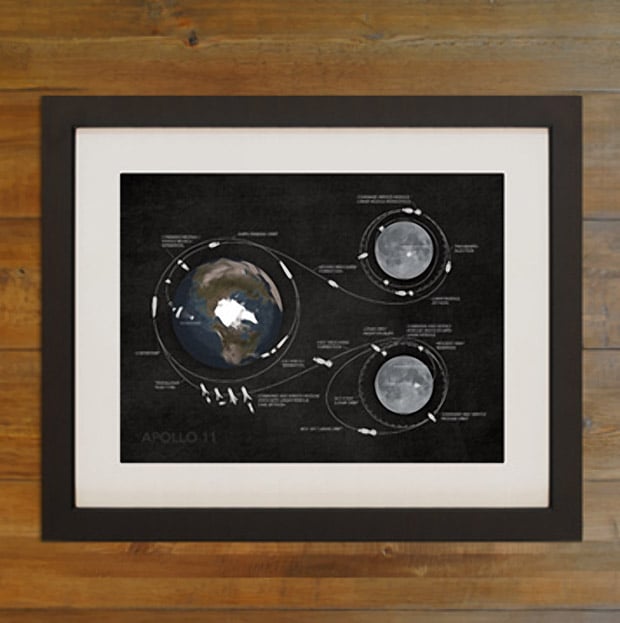 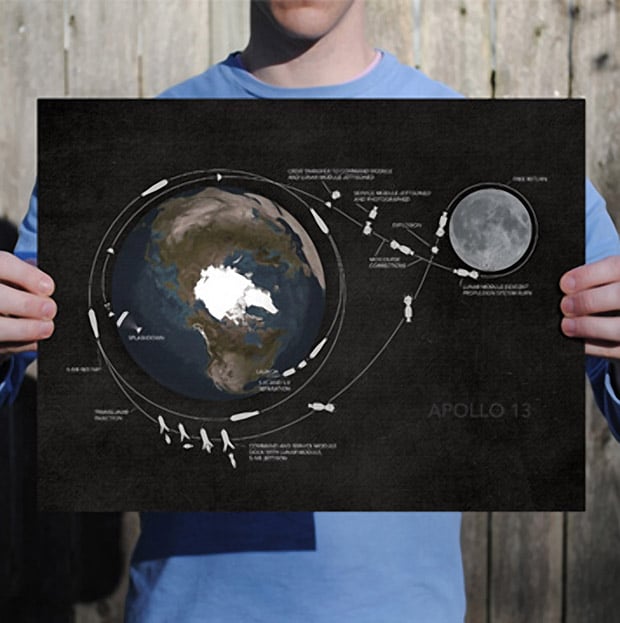 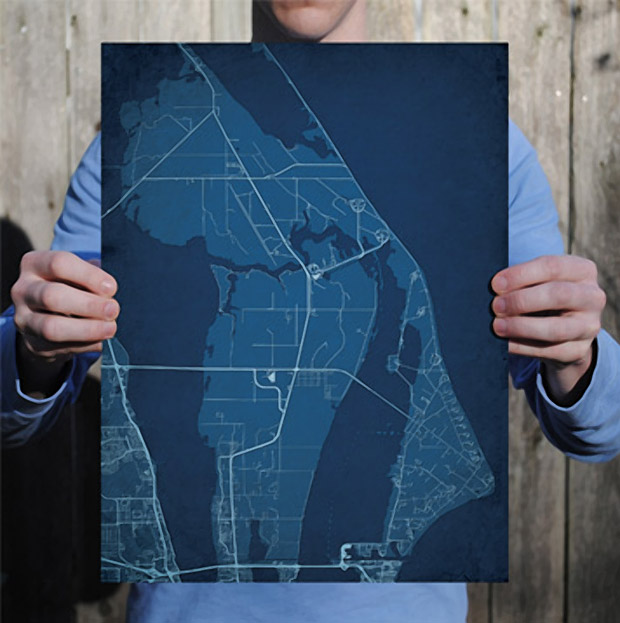