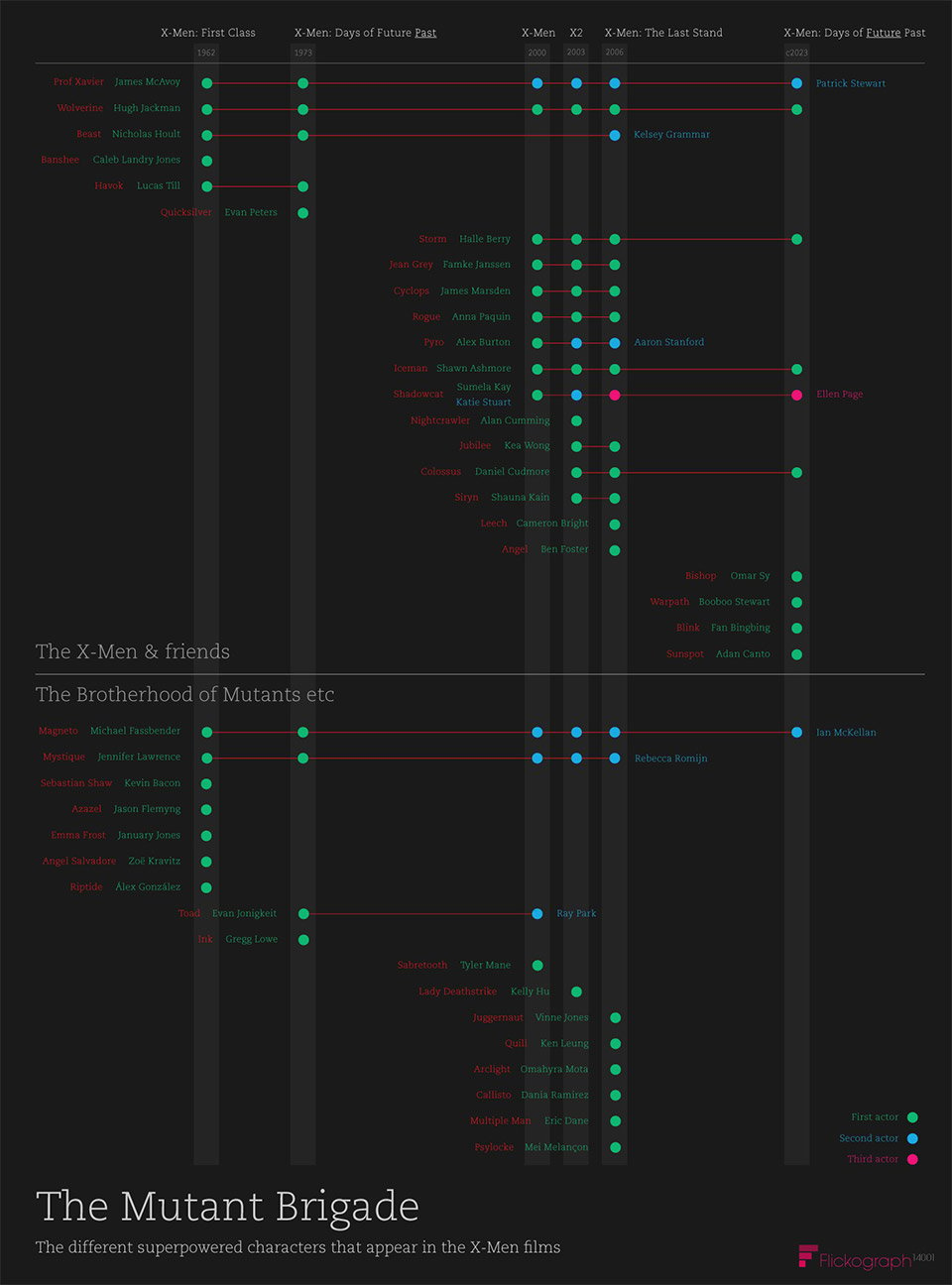 This terrific infographic looks back at the five X-Men films and maps out all the different mutants we’ve seen on film at various ages. From Professor X, played by James McAvoy and Patrick Stewart, to Toad, played by Evan Jonigkeit and Ray Park. The author skipped the Wolverine films, “because they were rubbish.”