Star Trek to Cross over to the Planet of the Apes 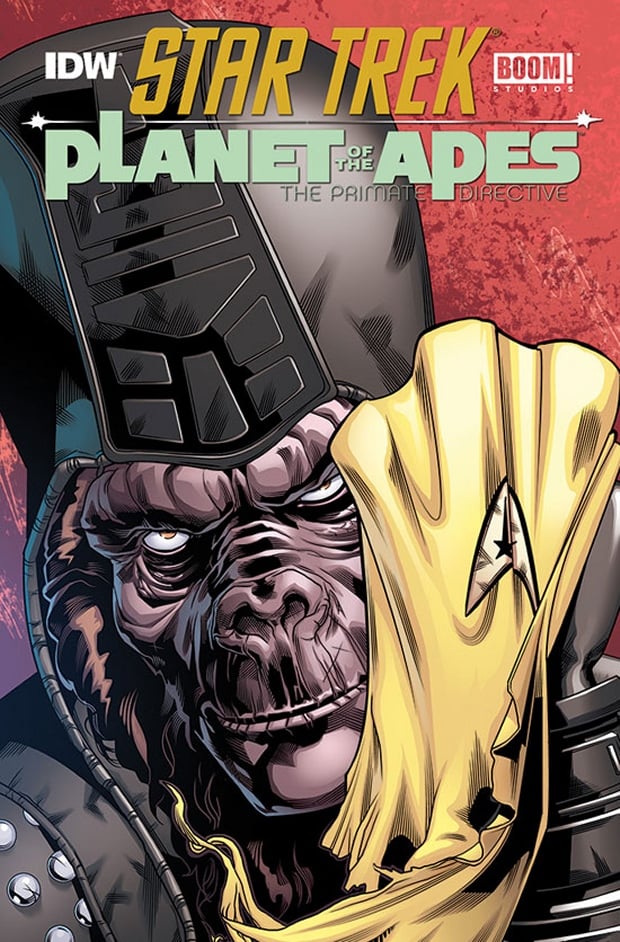 Star Trek has already crossed over with Doctor Who in comics, so you might be asking yourself what’s next for the crew? What world will Star Trek meld with next? Well, if you are a corporate comic dude, you’ll just ask yourself what is the hot property right now, then direct your staff to warp Kirk and crew directly at it.

With that in mind, IDW is teaming up with Boom Studios for the first Star Trek/The Planet of the Apes crossover, which is titled “The Primate Directive.” Dumb as it sounds, this might just be a match made in heaven:

With the Klingons secretly backing a renegade gorilla general in a coup for control of Ape City, Captain Kirk finds himself in the uncomfortable position of having to help out Dr. Zaius’ orangutans. Taylor won’t be happy with that!

These two properties could do well together. We don’t know when it will arrive just yet.