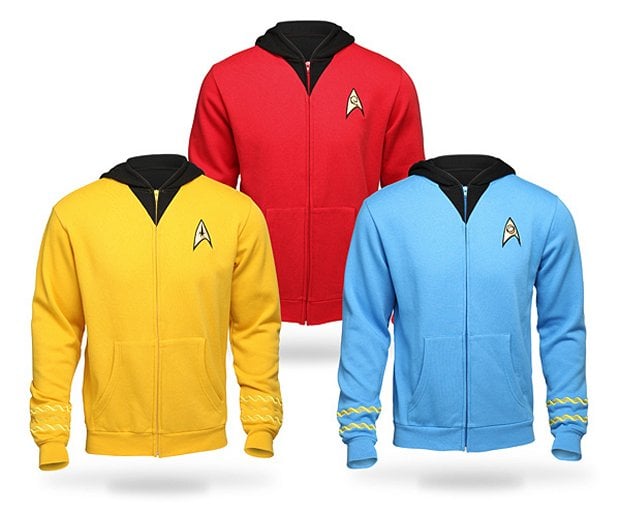 ThinkGeek has a special treat coming for Star Trek fans. Their TNG Uniform hoodies turned out to be so popular that they are now going to offer some Star Trek TOS uniform hoodies. They have teamed up with CBS to offer them in three styles, each with a specific rank braid.

We have the usual Command Gold which is Captain rank, Sciences Blue is Commander, and Engineering Red is Lieutenant rank – otherwise known as cannon fodder. These full-zip hoodies are officially-licensed and officially awesome. They are made of 60% cotton and 40% polyester, which is likely to be what they’ll be using to make uniforms in the 23rd century. They feature two front pockets and embroidered insignia and rank braid. They look pretty sweet! They’ll be priced at $59.99(USD) each. We don’t have a release date yet, but hopefully we can buy them soon.