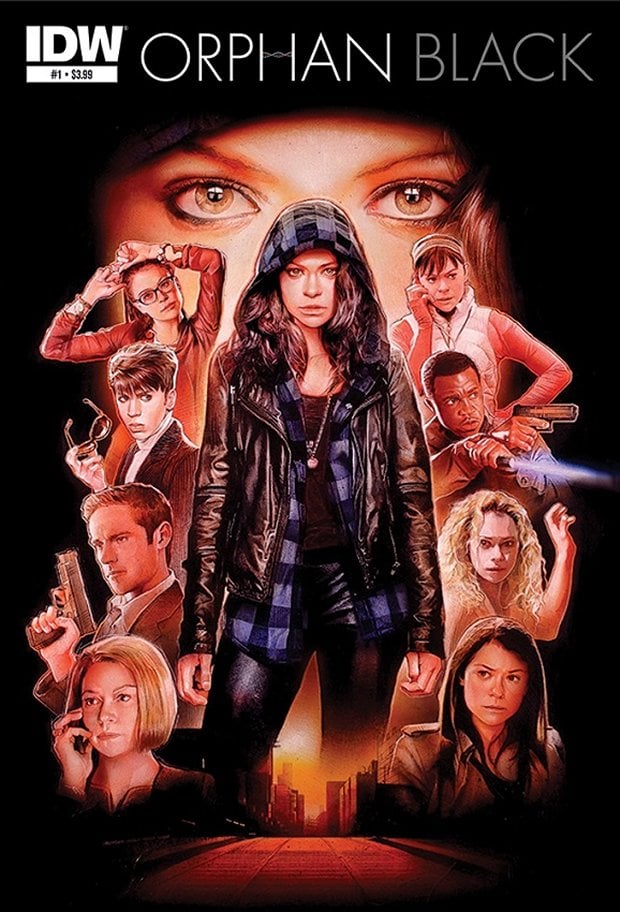 Great news for Orphan Black fans! There is an Orphan Black comic series coming soon from IDW Publishing. No matter what you think about this show, I think we all have to agree that Tatiana Maslany is A)Super sexy, B)Super talented and C)There are not enough copies of her. Seriously, this woman is my new acting hero. Is there any character she can not play convincingly? We need more of her. But she is just one person.

So in order to let her rest, while we get more story, Temple Street Productions is teaming with IDW on the comic project. It will not rehash the TV series’ main plotline, but will instead delve into surrounding stories. IDW wants to get the Orphan Black comics into stores in early 2015, probably to coincide with Season 3.