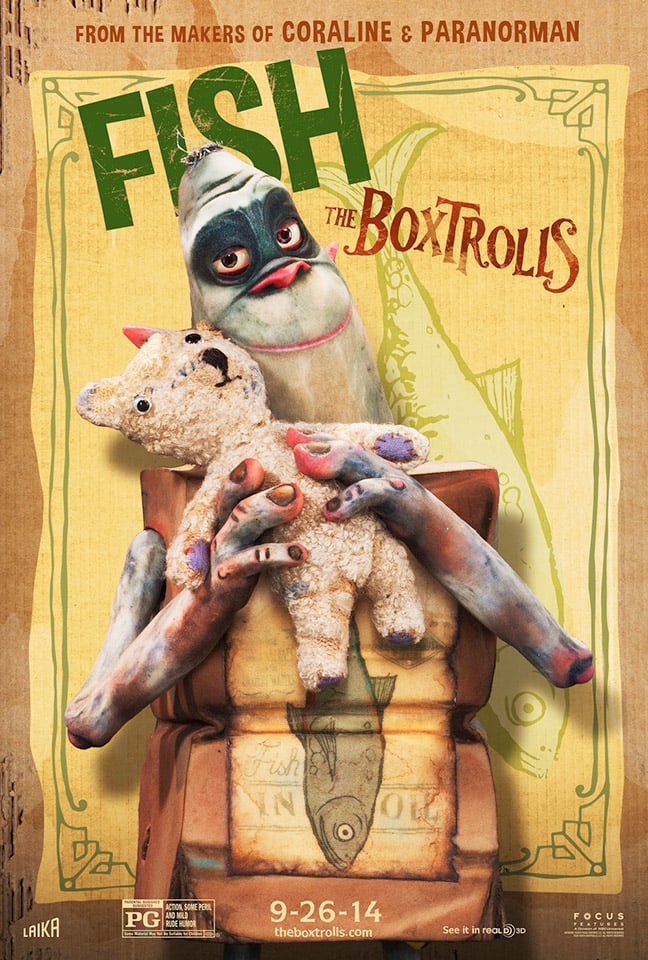 Meet Fish, Shoe, and Oilcan — some of the stars of the upcoming stop-motion animated film, The Boxtrolls. 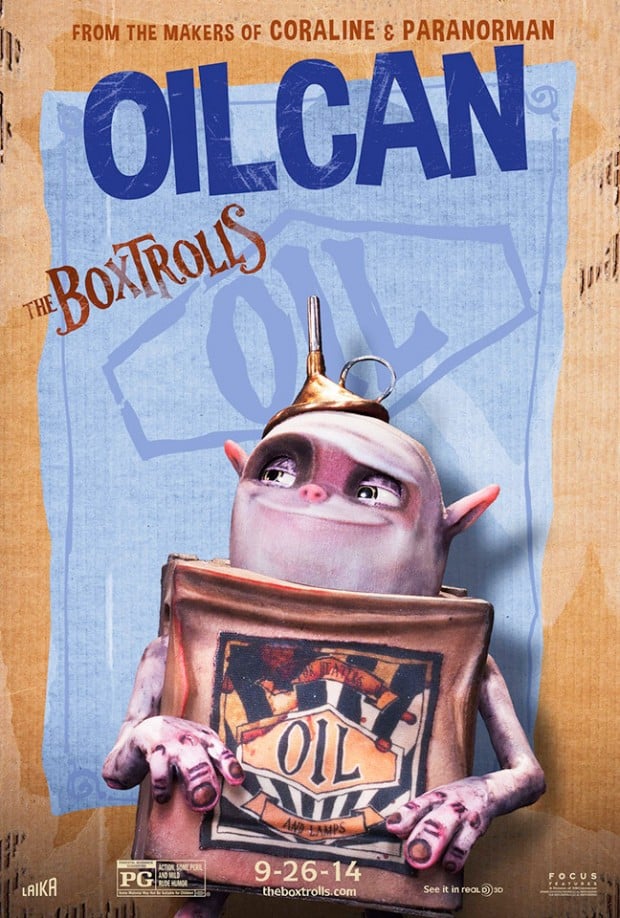 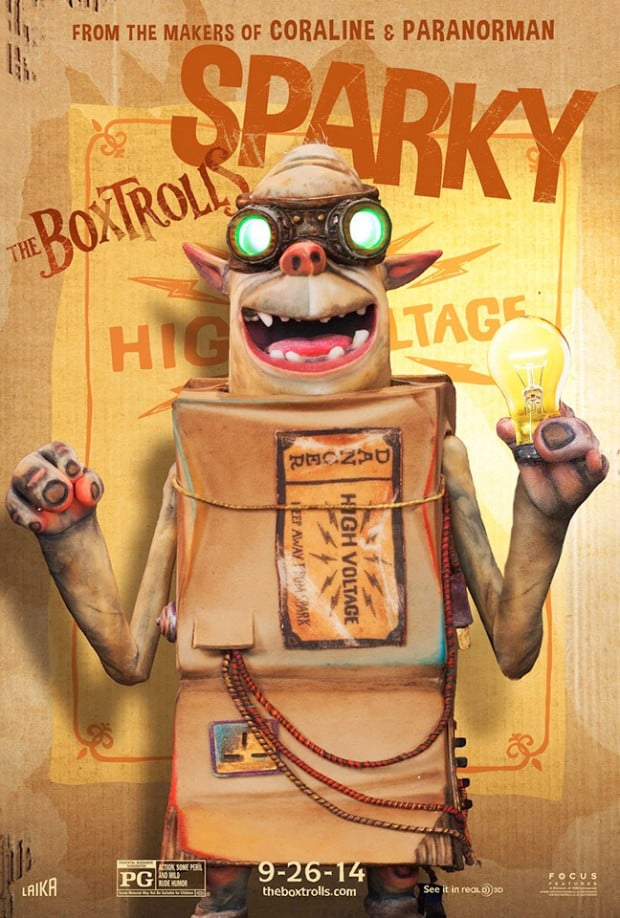 The film is a 3D stop-motion animated feature and tells the story of the Boxtrolls, monsters who live underneath the charming streets of the town of Cheesebridge. An orphaned boy named Eggs is taken in and raised by an underground cave-dwelling group of trash collectors called the Boxtrolls. When the Boxtrolls are targeted for extermination by an evil man named Archibald Snatcher, young Eggs has to leave the underground dwelling to save his friends. It features the voices of Ben Kingsley, Isaac Hempstead-Wright, Elle Fanning, Jared Harris, Toni Collette, Nick Frost, Richard Ayoade, Tracy Morgan and Simon Pegg.