FiveThirtyEight took a look at the Star Wars franchise and conducted a poll, asking a series of questions about the venerated science fiction universe. 1,186 respondents were asked which Star Wars films they had seen, which was the best Star Wars movie, and which characters were their favorites or least favorite. 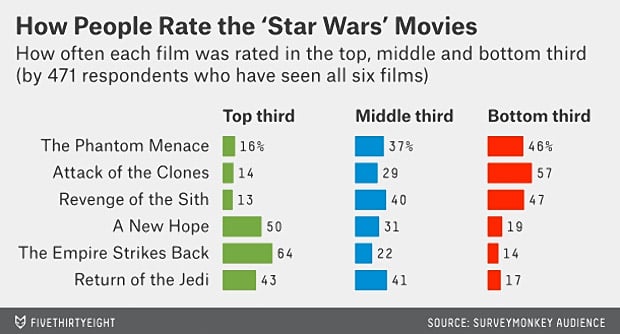 It’s obviously no surprise that Jar Jar Binks was rated the least favorable character in the world of Star Wars, with Luke Skywalker taking the top spot, barely edging out the other main Rebel characters. Why no love for Emperor Palpatine? If you will not approve of Emperor Palpatine, then … you … will … die! 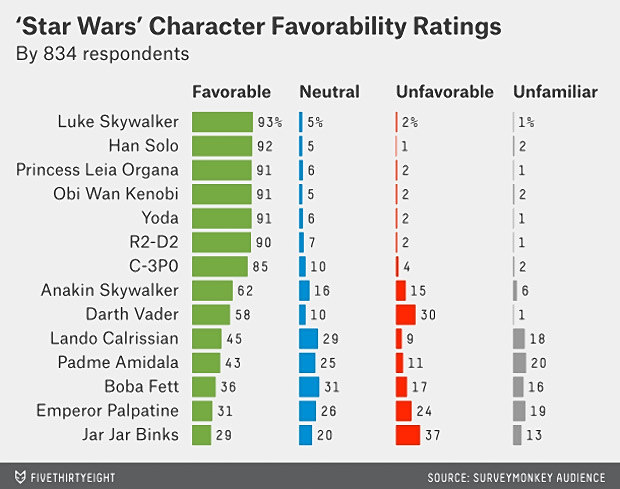 FiveThirtyEight also asked respondents, “who shot first”? It seems the digital aftereffects applied to A New Hope have been effective, since 24% now say Greedo shot first.