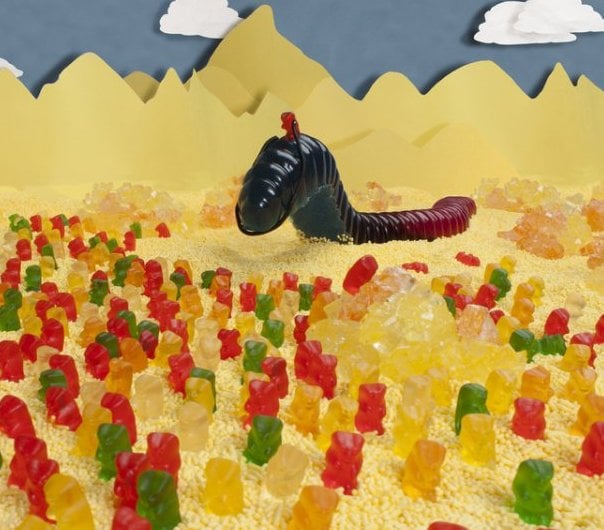 “He who controls the gummi, controls the universe.” This is Dune as you have never seen it before. Instead of a harsh dry desert planet, Arrakis is a candy-filled wonderland. It is just full of gummi creatures. This version of Dune was created by CandyWarehouse. Here we see Paul Atreides riding the giant sandworm in candy form. And it is pretty awesome. David Lynch should have used gummi bears.

cThis scene was made with a 2-foot-long gummy worm, Haribo gummy bears, black licorice string, yellow sprinkles, and rock candy crystals. This is the most delicious movie scene I have ever laid eyes on. He who controls the gummis controls the universe! 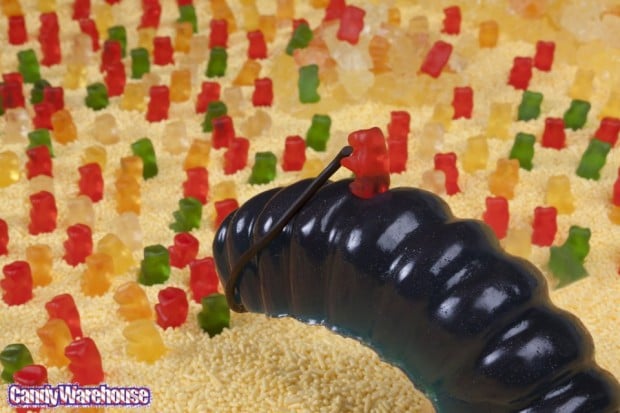 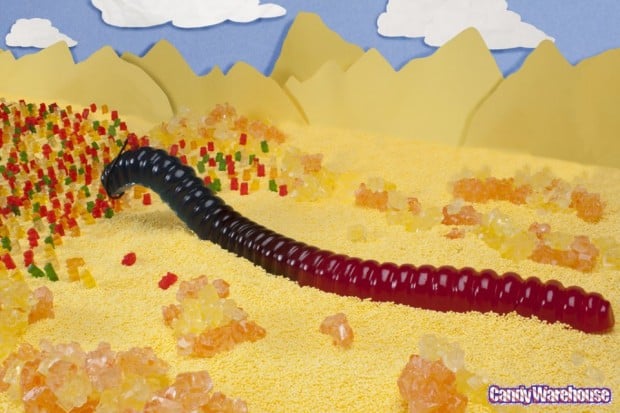