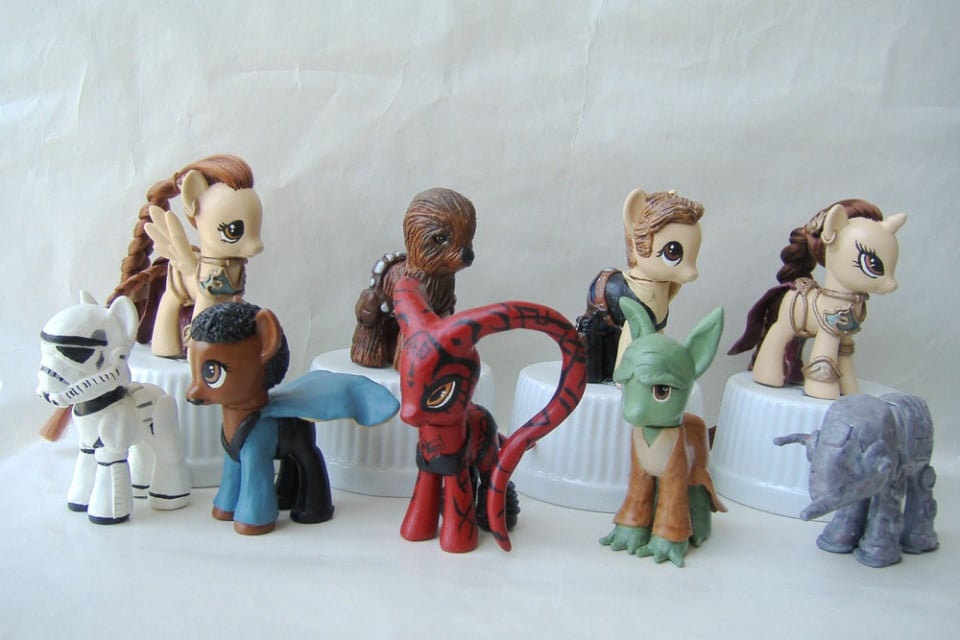 Etsy seller Roogna makes awesome custom Star Wars My Little Pony toys. You can buy Star Wars ponies like Slave Leia, Yoda, Chewbacca, Stromtroopers, Lando and even an AT-AT. It looks like several of them have sold, but if you want one, she will gladly take custom orders no matter which character you want made.

I’d like to see a Jabba The Hutt Pony, but I’m also scared about what that might look like. His weight would probably crush those little pony legs. A pony in carbonite would be cool too. With a Boba Fett pony pulling it along. Toward a pony-ship called “Stable I”. I dream big. 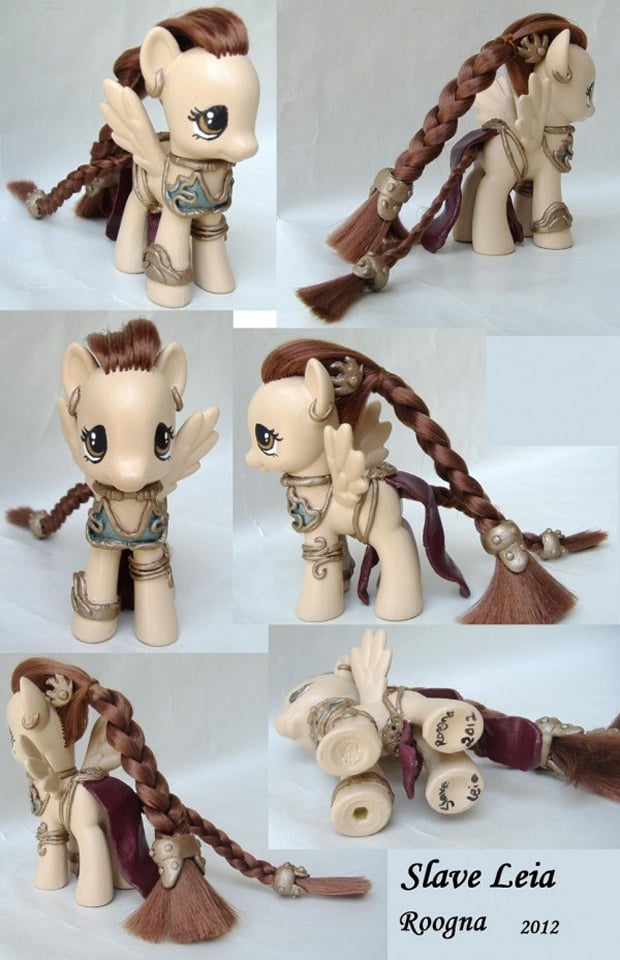 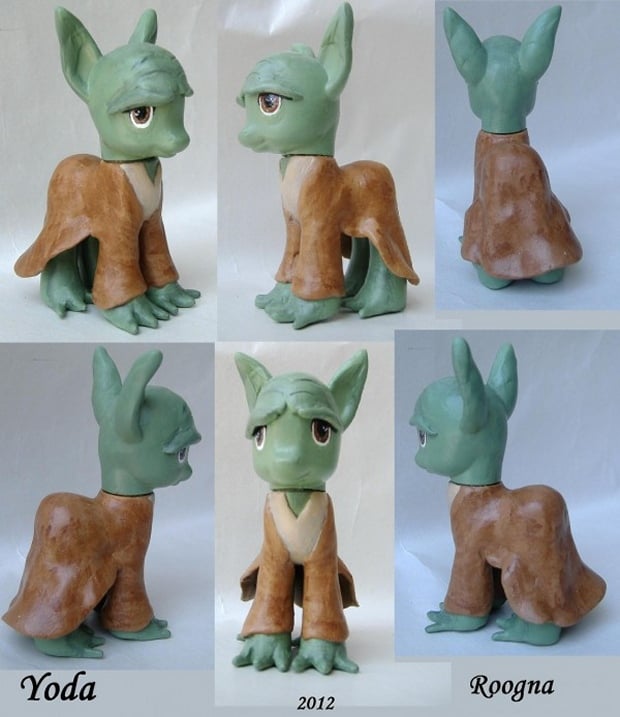 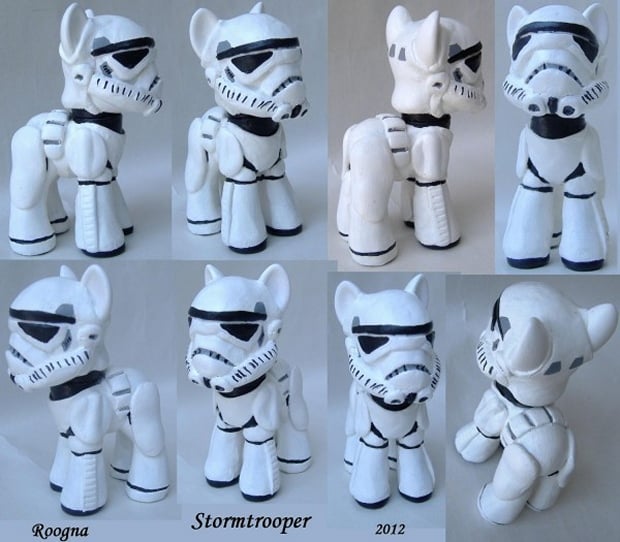 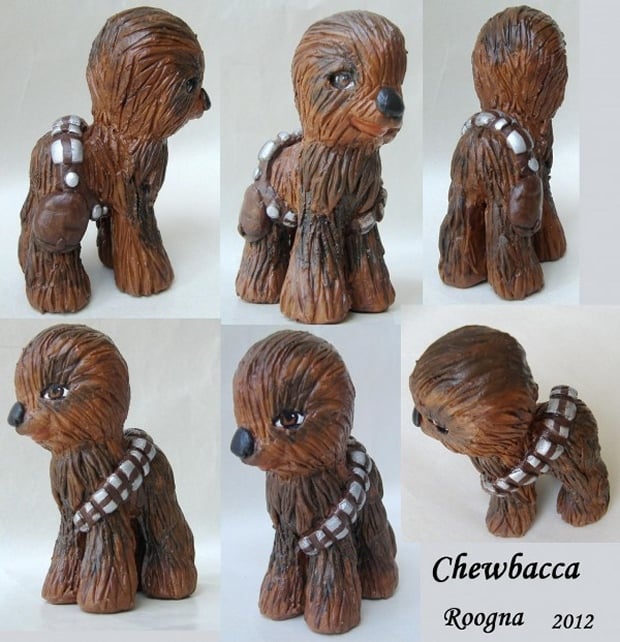