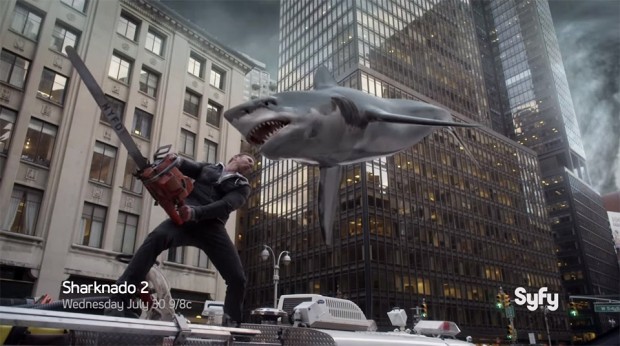 Watch for it on Syfy premiering July 30, 2014 and catch up on what happened in Sharknado here.