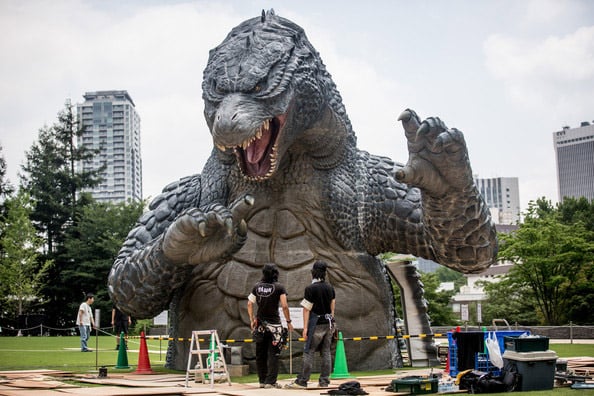 The Midtown Meets Godzilla project coincides with the Japanese release of the 2014 Godzilla film. This giant Godzilla statue looms nearly 22 feet tall over Tokyo Midtown. The kaiju statue consists of a Godzilla bust with a fearsome look on his face along with his tail emerging from the lawn behind him. Workers can be seen putting the finishing touches on the King of the Monsters’ scales with airbrushes.

We think he looks fantastic. Now, to add a King Ghidorah nearby to complete the scene! 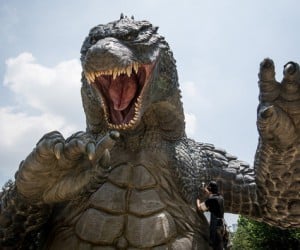 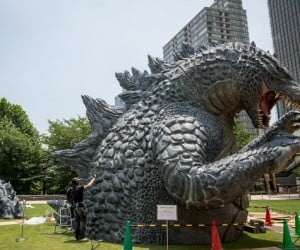 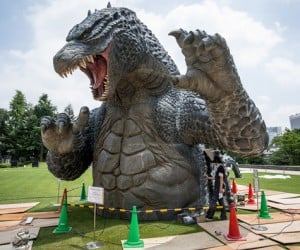 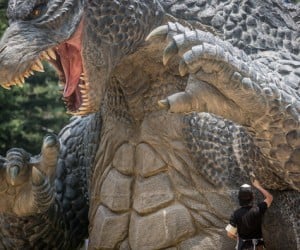 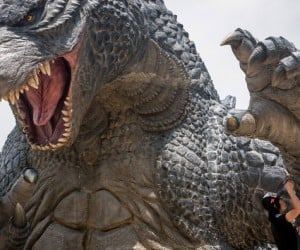 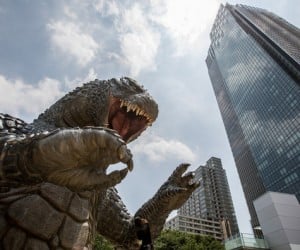 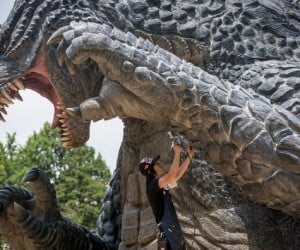 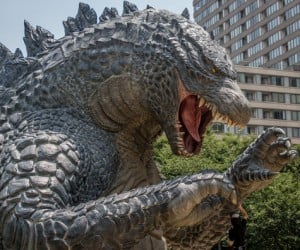 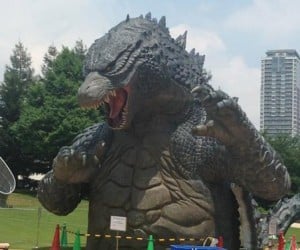 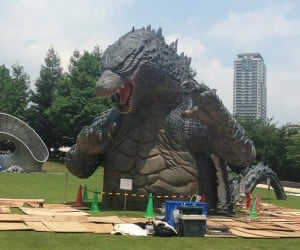 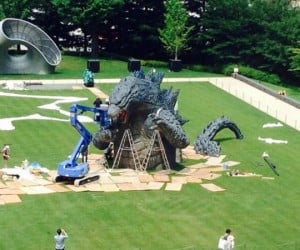 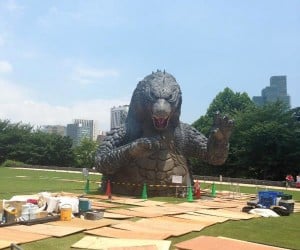