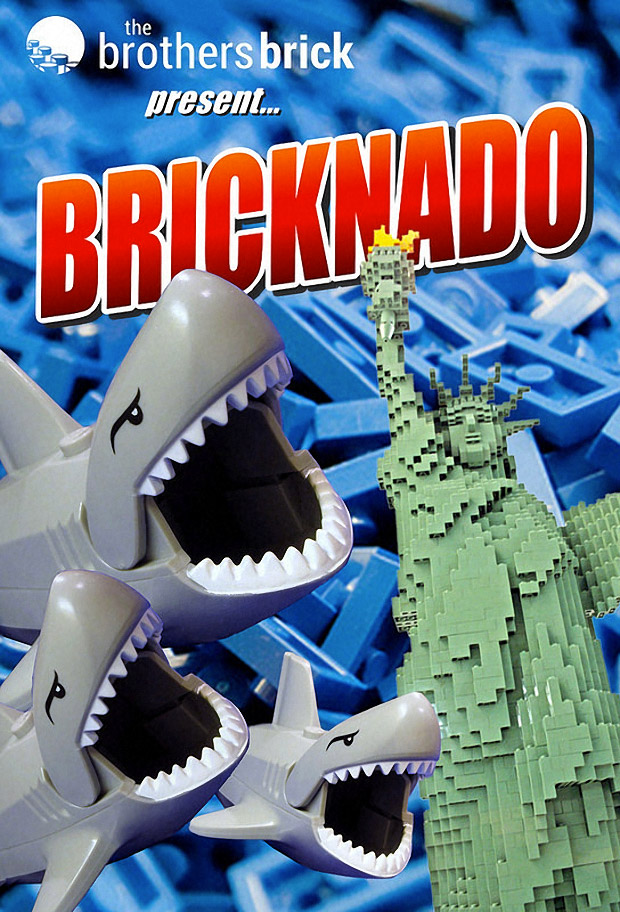 With the sure-to-be-epic Sharknado 2: The Second One right around the corner, The Brothers Brick are holding a LEGO building contest. To participate, simply build an original LEGO model inspired by the Sharknado movies, then add an image of your creation to the Bricknado Flickr page. They’re looking for the greatest designs, so be sure to include sharks, tornadoes, chainsaws, subway trains, helicopters, Ian Zering, more sharks … whatever inspires you from the films.

Winners will be announced on June 30, to coincide with the Sharknado 2 premiere on Syfy. Winners will get to choose (in winning order) from one of the following prizes:

So get started on your creation and start assembling those bricks!