Planet of the Apes Franchise Timeline 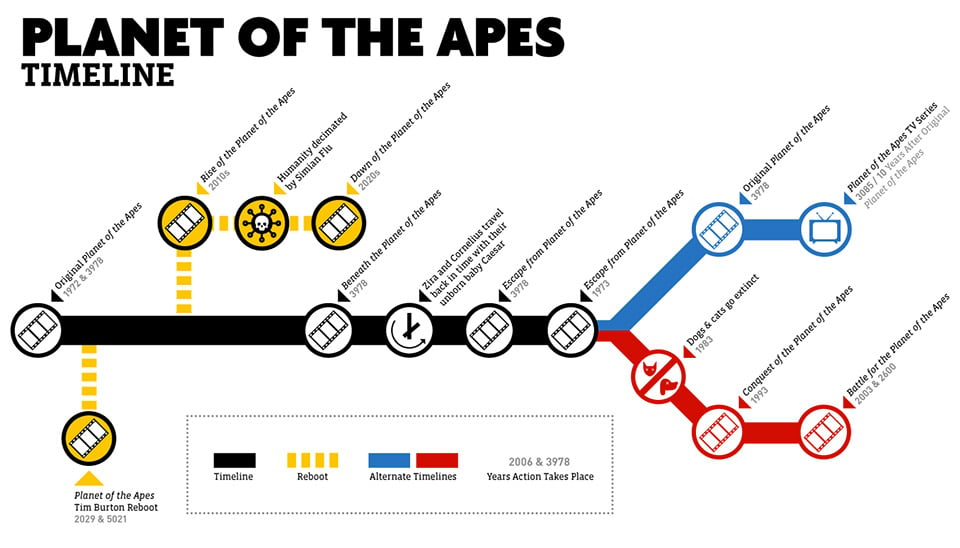 With Dawn of the Planet of the Apes coming to theaters near the end of July, io9 put together this handy look at the timelines of the stories in the history of the Planet of the Apes films. Beginning with the classic 1972 film starring Charlton “damn, dirty ape” Heston through to its successors and the later television series to the recent reboot of the franchise with a tangential storyline.