Boba Fett Was First Unveiled at a 1978 County Fair 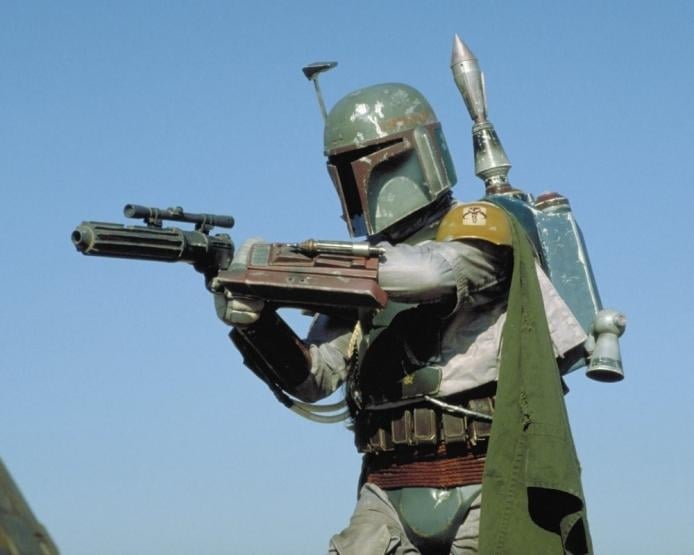 We all love Boba Fett, and we think we know everything about him, but here is something that until recently, many fans did not know. He didn’t make his first public appearance in the holiday special. It was actually in a parade at a 1978 county fair. It was Sept. 24, 1978 and the parade was in was part of the San Anselmo Country Fair in California.

The town was home to 52 Park Way, which was the home base of Lucasfilm at the time. Empire and Jedi assistant film editor Duwayne Dunham was the lucky guy who wore the costume on that hot day.

“Well, I certainly wasn’t looking forward to it. The only reason I ever put that uniform on is because I was the right size. When the guys brought it over from England, George [Lucas] said ‘put it on.’ Then it got aged up to George’s liking…I don’t even know how it came about, but someone thought with the movie coming up that the parade would be a good idea …

What I remember about that day is it was incredibly hot. I’m not just talking about the suit, I’m saying that day in San Anselmo was really hot. It could have been 100 degrees. I think we were at the head of the parade. And Vader, he stands out. I don’t know what people thought of me. Nobody knew about Boba Fett at that point. The two of us were about to die at that point. Sweat was just pouring [Laughs]. I remember telling [producer] Gary Kurtz: ‘Gary, I gotta get out of this suit or I’m going to pass out!’ We were drenched.”