President Snow addresses the people Panem in two new clips for The Hunger Games: Mockingjay Part 1, threatening to bring revolution with Peeta (Josh Josh Hutcherson) at his side. But then Snow calls for unity among the people as Joanna Mason (Jena Malone) also stands beside him. But will District 13 allow President Snow to have his way? We think not. 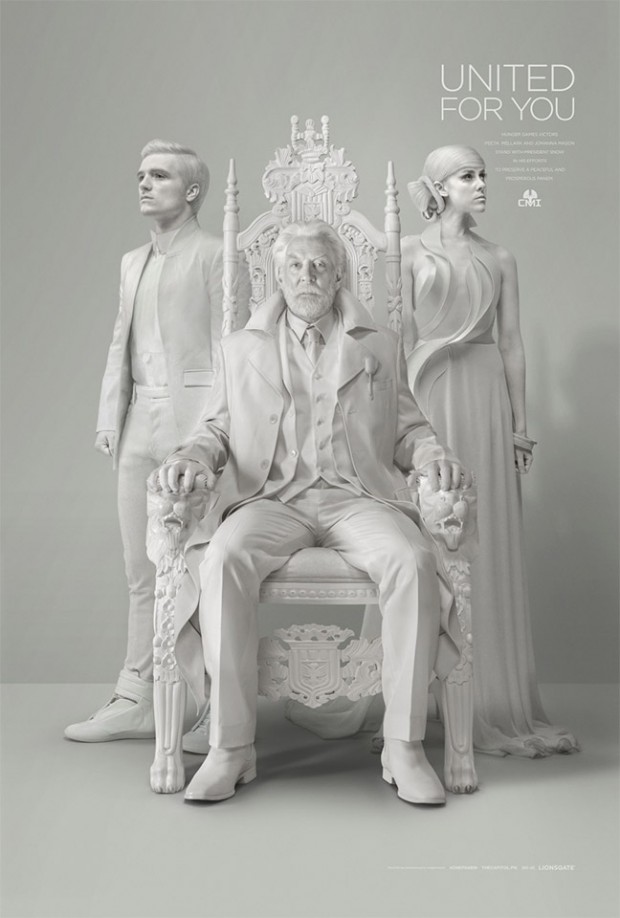