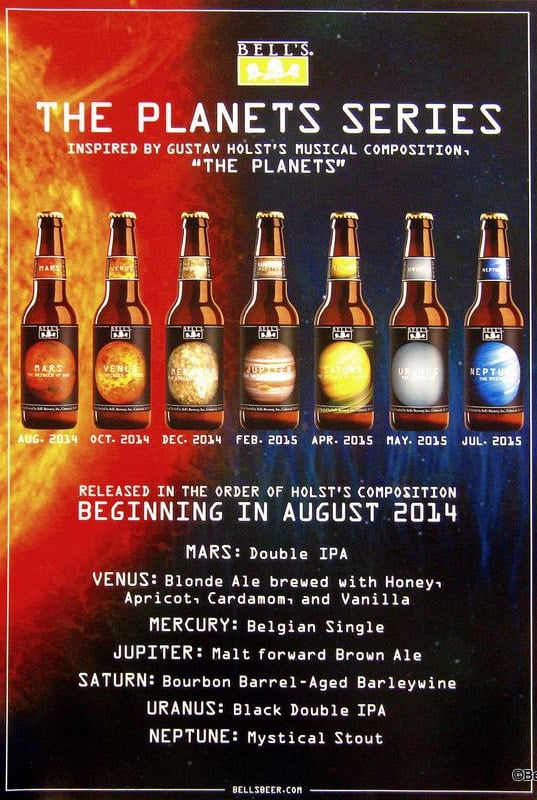 Bell’s Brewery of Kalamazoo Michigan has announced a new series of seven beers inspired by by music of composer Gustav Holst and his 1913 orchestral suite, The Planets. Each beer will be a limited release beginning with Mars in August 2014 through Neptune in July 2015. Drink your way around the solar system with this “out of this world” series of beers.

You an order a poster from the series for just $5.