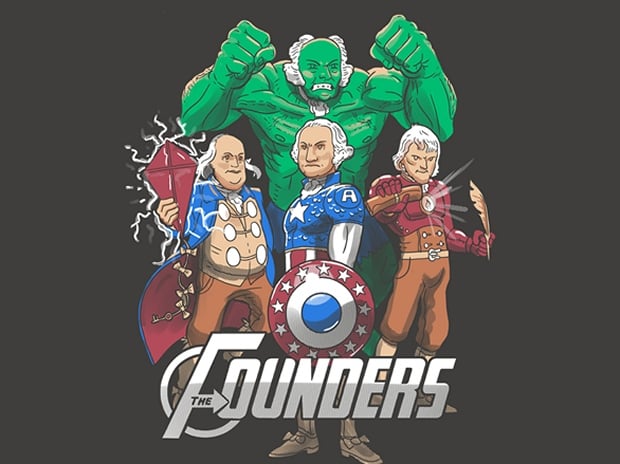 Founders, assemble! This shirt is proof that the old saying is true, if the founding fathers could see the state of things today, they would be rolling over in their graves. What the old saying missed is that after they rolled over, they would break out of their burial chambers and assemble to kick some butt!

It has Washington as Captain America, Ben Franklin as Thor, Adams as the Hulk, and Jefferson as Iron Man. All perfect choices for their roles. Although, in any other situation, I don’t think that anyone would ever have the guts to tell Thor to go fly a kite. The Founders are back and they look pretty pissed off!