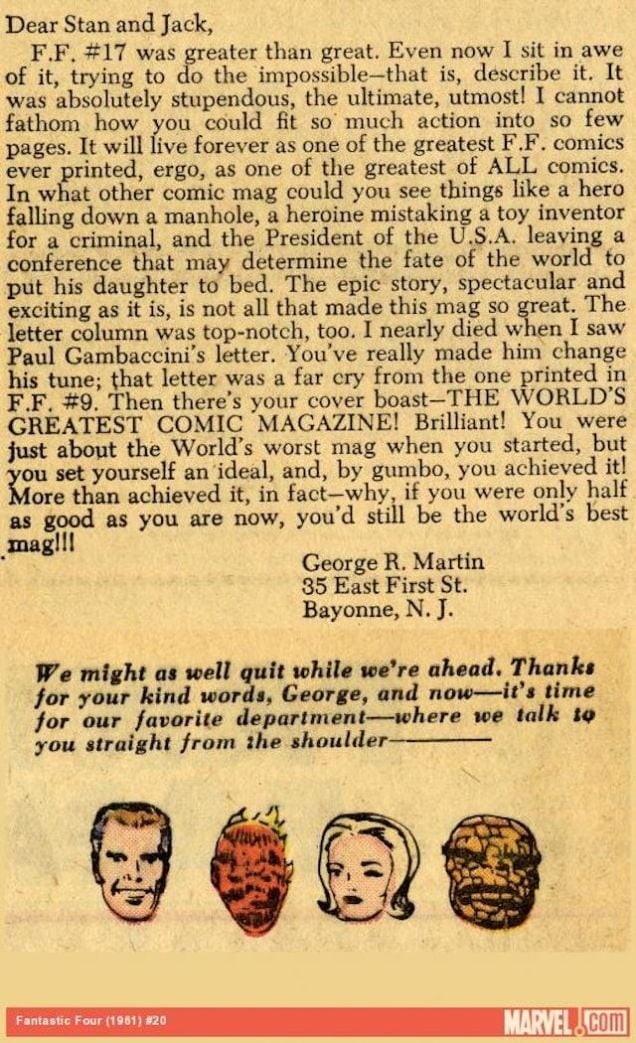 George R.R. Martin is a word wizard. After all he has had decades to hone his craft. I understand he is also a pretty big geek himself and is a pretty big gamer. But you might be surprised to find out that he started out early as a young nerd, geeking out over the Fnatastic Four.

This letter comes from the Marvel archives. It is from 1963 and written by none other than Game of Thrones creator George R.R. Martin. Martin wrote to Stan Lee and Jack Kirby in regards to Fantastic Four #17. He basically geeks out and says it’s “greater than great” and “absolutely stupendous, the ultimate, utmost!”

Martin was probably around 14 or 15 years old when he wrote it. It brings a warm fuzzy feeling to my heart picturing a young Martin getting so excited about the issue.