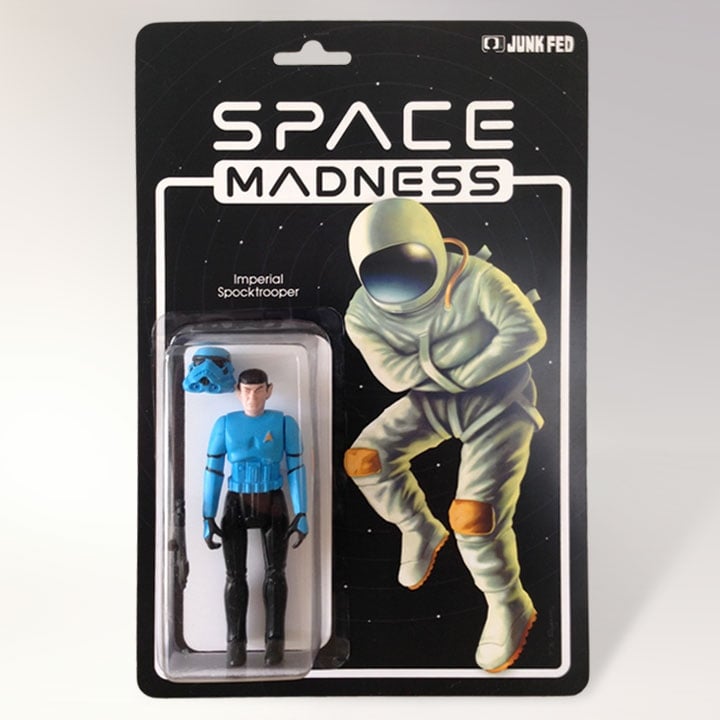 This Imperial Spocktrooper action figure by Junk Fed is all kinds of awesome. It is the first figure from the “Space Madness” line and it will be released on June 20th. It is the Star Wars/Star Trek mash up figure you have been waiting for. Apparently, the Emperor is cloning Vulcans now. Each Imperial Spocktrooper is individually hand cast, assembled, painted, and finished. This figure also includes a removable helmet and blaster.

It is priced at $45(USD) and comes mint on the card. Spocktroopers approach their job with logic and they just want the Empire to live long and prosper. The back of the card suggests that We have a two-headed E.T., some sort of droid and two humanoids to look forward to in this series. 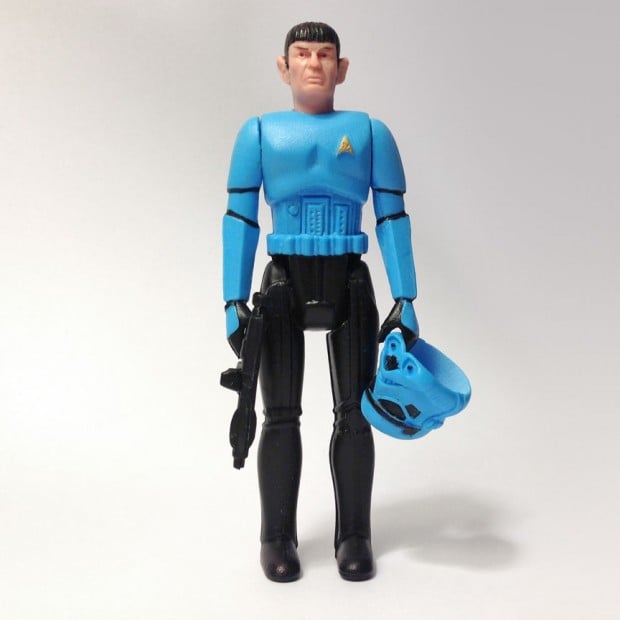 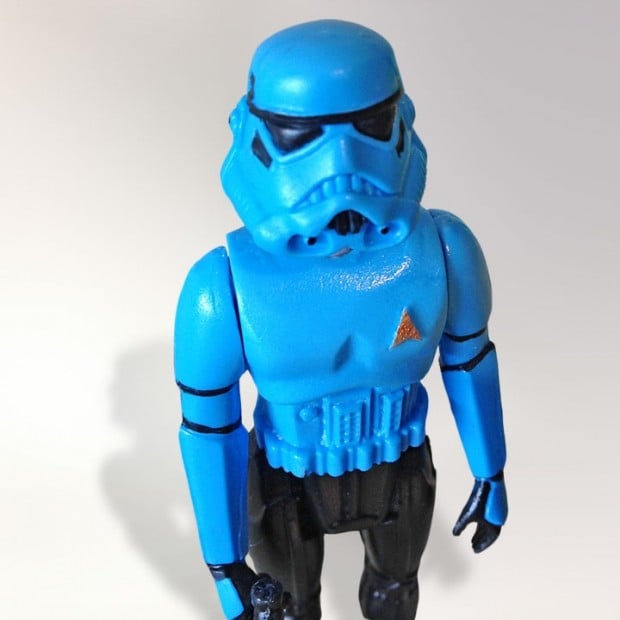