Sharknado 2: The Second One Teaser Trailer

Sharknado was a surprise hit from Syfy when it aired last summer and now the network is back with the sequel, Sharknado 2: The Second One. Ian Ziering returns as Fin and Tara Reid as April, two of the heroes from Sharknado. This time, the sharks are attacking New York City. Let’s hope for more chainsaws, more helicopters, more tornadoes and more sharks! 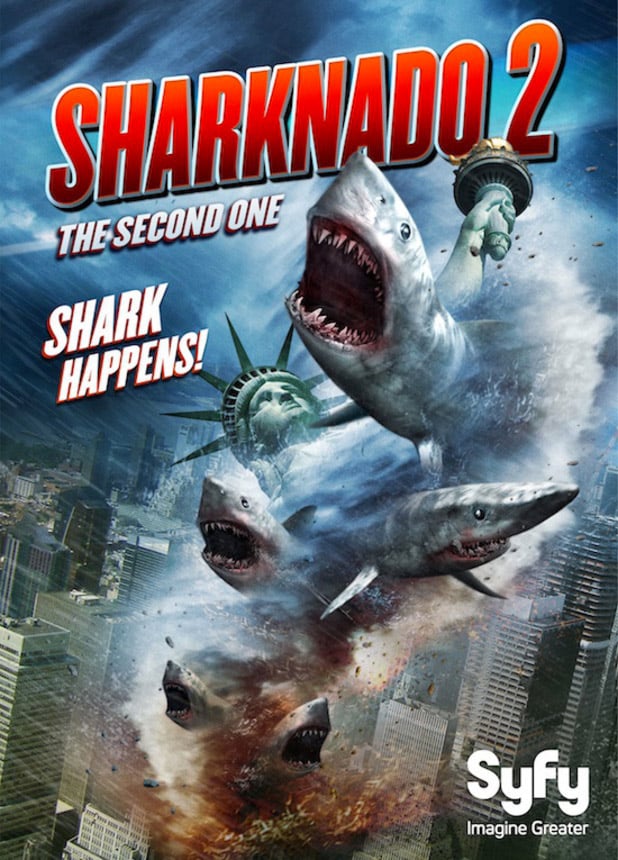