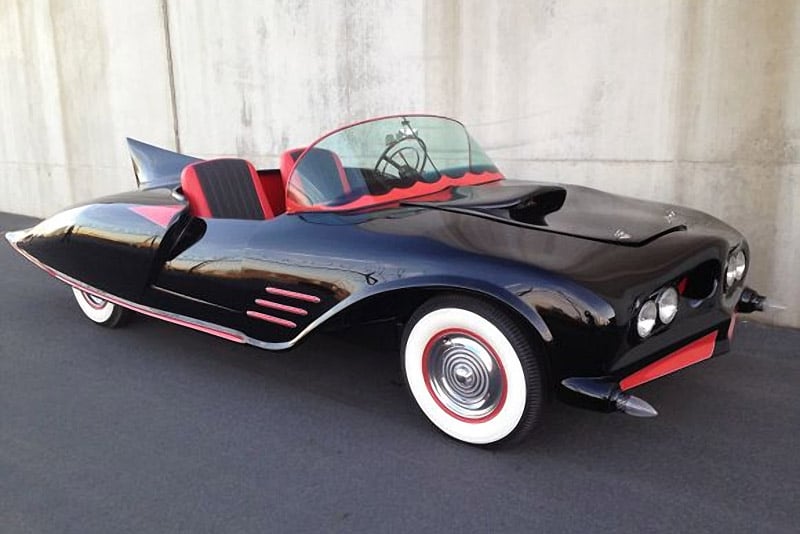 George Barris famously designed the Batmobile driven by Adam West and Burt Ward in the 1966 television series. But few people know that there was a real-world Batmobile in the streets before that. Pictured here is the official Batmobile for 1964 and 1965 that has been painstakingly restored by Borbon Fabrications. The car was long lost and nearly forgotten, but the team spent nearly a year on getting the vehicle show-worthy once again and the result is fantastic.

We love the bat-wing curves along the windshield and that giant single tailfin in the back with the reverse-V back end. We can’t wait to see this at a car show one day soon. 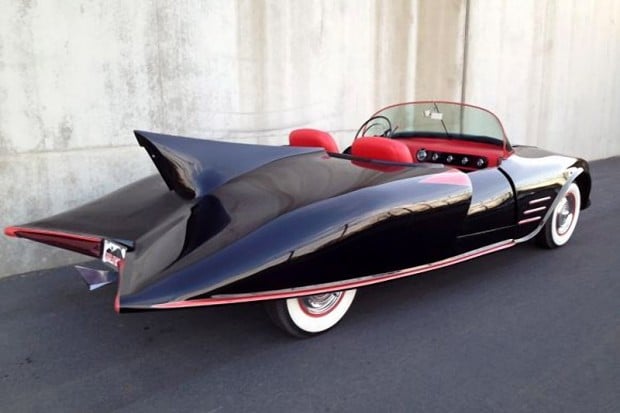 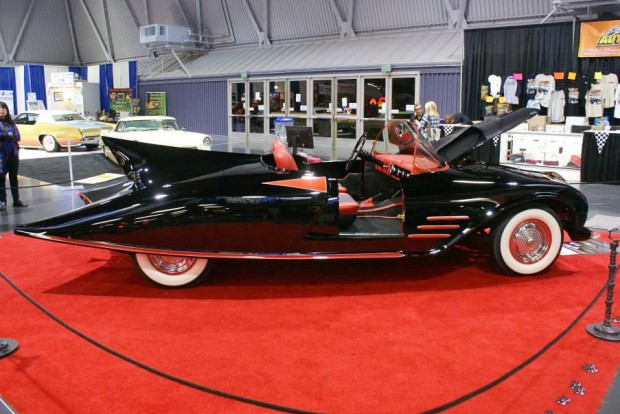 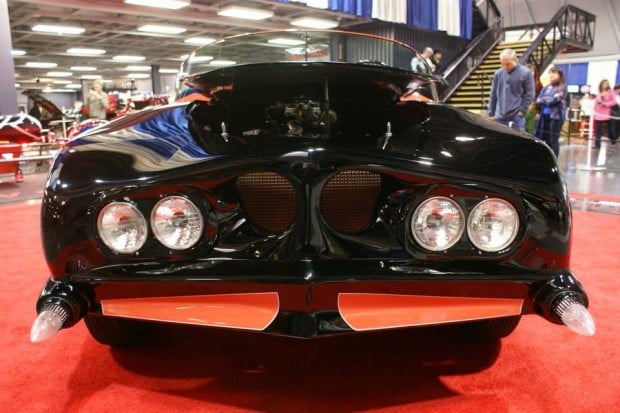 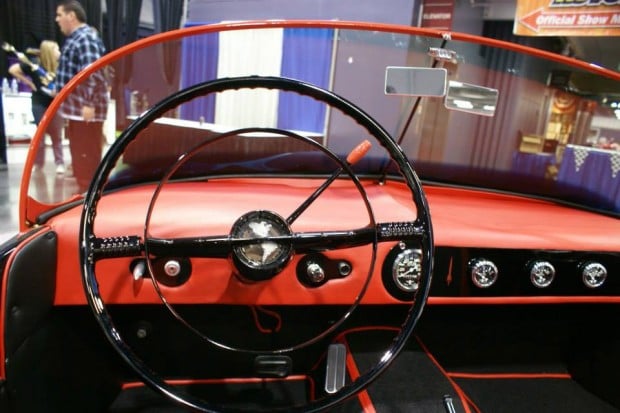 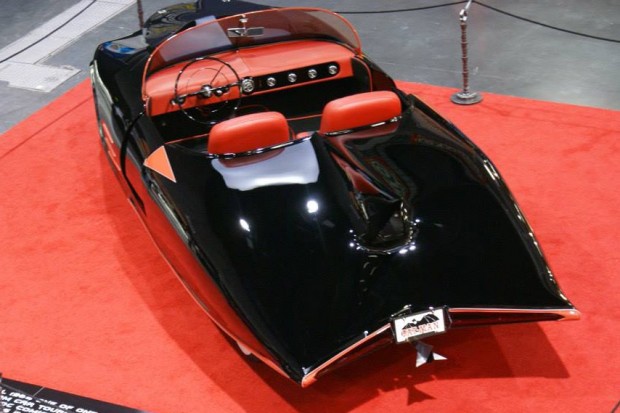