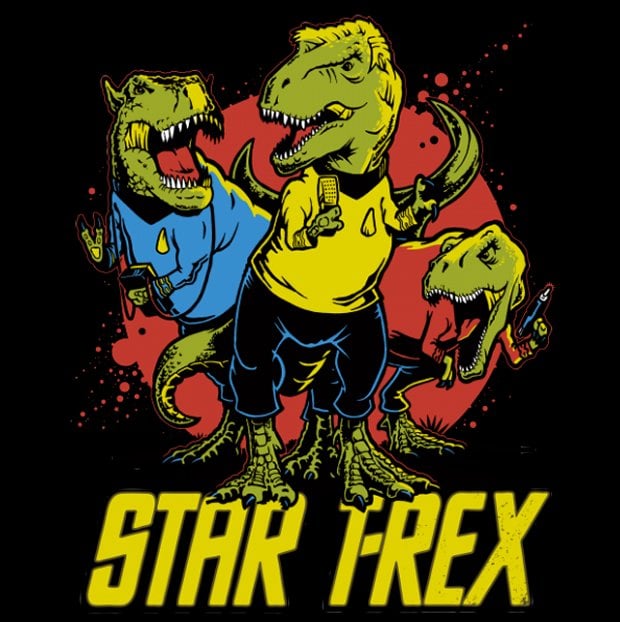 Check out this amazing Star T-Rex T-Shirt. With an away team full of T-Rex even the red shirts don’t die; their shirts just get redder, with the blood of their prey. Sadly, this show would last all of about one episode. There’s only so much you can watch of a show where dinosaurs drop their phasers and tricorders, then are unable to bend down and pick them up again.

They would be alone on an alien world and out of contact with the ship, so more crew would beam down, drop stuff and just basically wander around. Lather, rinse and repeat. The episode would end with the entire crew being stranded and soon to be dead. But we would still watch the hell out of that show.