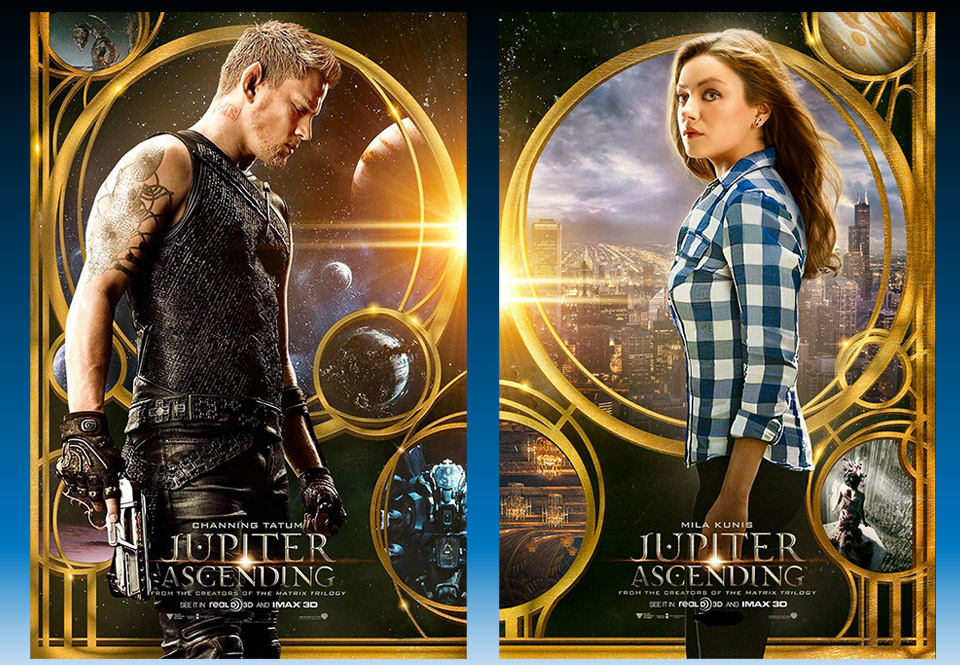 We were looking forward to seeing the latest Wachowski brothers sci-fi film, Jupiter Ascending, which was scheduled to be released in on July 18, 2014. From the clips and what we’d read, it looked like great fun and we love the casting of Mila Kunis as a unknowing princess from another world who Channing Tatum comes to rescue.

But Warner Bros. has announced that the film is being delayed to February 6, 2015 because the Wachowskis (who, among their efforts, have brought us the groundbreaking film The Matrix in 1999 and the hard-to-sit-through Speed Racer in 2008) need more time to complete the film and its 2,000+ special effects shots.