Best Photo Ever of an Alien Planet 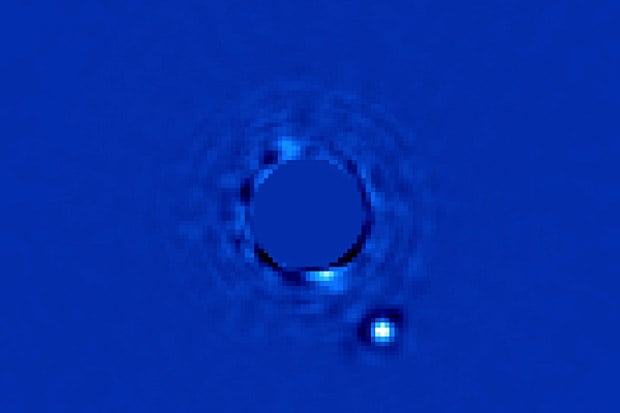 Stanford physics Professor Bruce Macintosh is leading an international project to detect exoplanets orbiting stars that are similar to our Sun. And the Gemini Planet Imager (GPI) project is off to a strong start: the first image taken is the best-ever direct photo of a planet outside our solar system.

The GPI has been under development for 10 years and it first became operational in November 2013. The planet in the image is Beta Pictoris b (catchy, we know), which is more than 63 light-years from Earth. Thanks to the GPI’s advanced optics, it’s one of the few planets to be imaged directly. GPI has the ability to spot Jupiter-sized planets, but can’t do the same for Earth-sized planets because of the smaller size.