This Island Earth: 2 1/2 Years in the Making! is a documentary film about the making of the 1955 sci-fi movie, This Island Earth. The film was roundly panned in the ill-fated Mystery Science Theater 3000: The Movie and part of this documentary is the response to that.

The documentary tells the story of the Joseph Newman film that is truly one of the classics of the sci-fi B-movie genre of the 1950s and remains a very enjoyable film to this day for fans of that genre. This trailer gives us a few minutes of the documentary and it looks fascinating. It features interviews with Robert Skotak, C. Courtney Joyner, Joe Dante, Ted Newsom, Bob Burns, David Schecter, and many more! Produced by Ballyhoo Motion Pictures and shot, edited, and directed by Daniel Griffith. 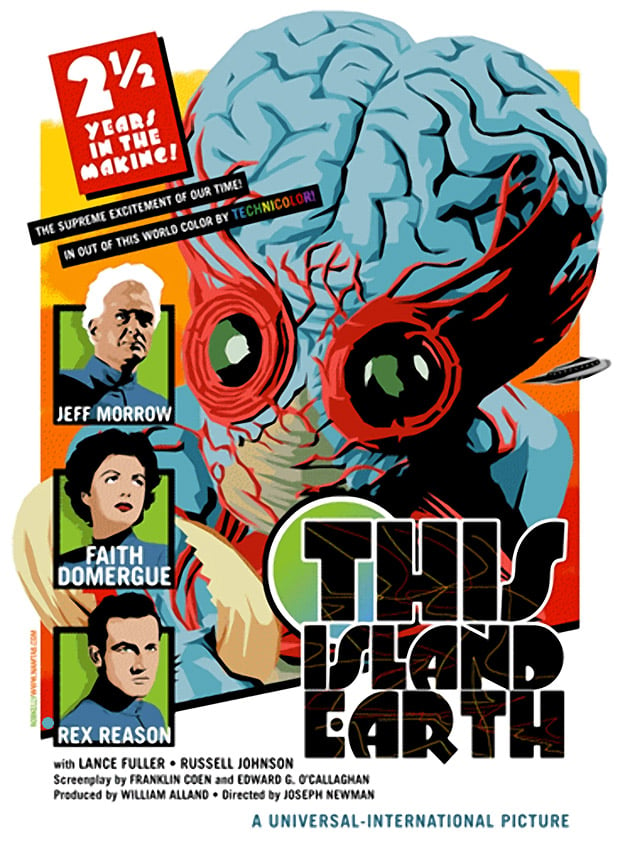