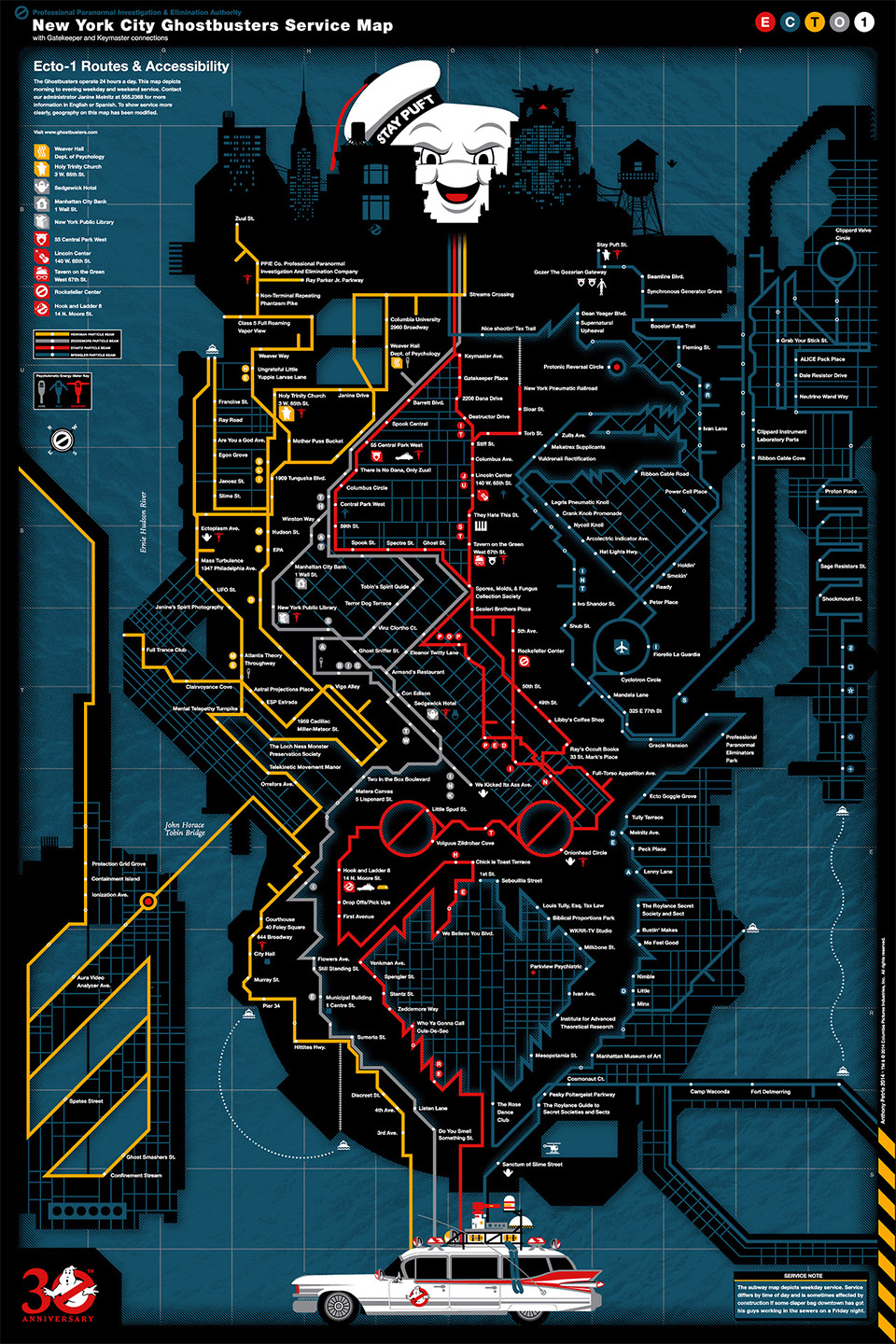 This awesome map of New York City shows the routes taken by the Ecto-1 and the Ghostbusters team in the classic 1984 film. As part of the 30th Anniversary of Ghostbusters, Gallery 1988 is making limited numbers of these prints available for purchase. The print will be released on Thursday, May 8 at 2:00 PM ET.

The map depicts the morning to evening weekday and weekend service available from the Ghostbusters team and Ecto-1. The map also shows street names based on events and characters in the film (e.g., Gatekeeper Place, Acrcolectric Indicator Ave. and We Kicked Its Ass Ave.) and locations of events depicted in the film (e.g., Hood and Ladder 8 station and Weaver Hall, Dept. of Psychology).

This fan favorite Subway map is 24 x 36 inches, with around only 200 copies available online.