This new trailer for the upcoming Disney XD series, Star Wars Rebels, shows Hera, captain of the Ghost, as she pilots her starship during a battle with two TIE fighters. Chopper delivers a message from Kanan, currently engaging the TIEs in the top turret. The Jedi is apparently displeased with Hera’s maneuvering. In response, she takes matters into her own hands

The series is slated as the replacement for The Clone Wars. The series is expected to premiere in fall 2014 as a one-hour special on Disney Channel and followed by a series on Disney XD. Executive Producer Dave Filoni says the look was inspired by original Star Wars concept artist Ralph McQuarrie, stating “We wanted to create a look for this part of Star Wars that precedes A New Hope by just a little bit. We’re going for something that’s much more an illustrative look.” 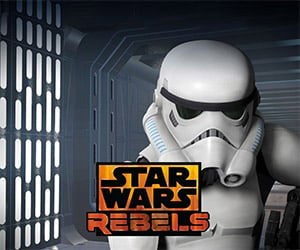 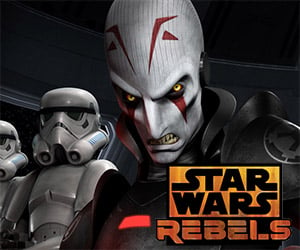 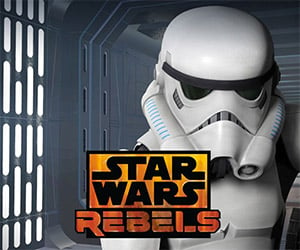