This short film was directed by Eva Franz and Andy Goralczyk. The world of Omega was crafted by an ambitious group of students at the University of Arts and Design in Karlsruhe, Germany.

The mechanical life form Ohm inhabits a bleak and devastated planet. The thousands of mechanical creatures of this world share a single cycle of energy. In this cycle, Ohm is a rogue element. His nature is to devour and absorb others. When one day a gargantuan foreign object appears in the skies. Drawn in by mysterious creatures of light, the Ohm tracks them across the planet, changing the known order of matter, time and space. The end of evolution awaits in a wasteland dominated by bizarre trash formations, dust and rock. 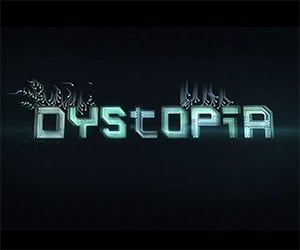