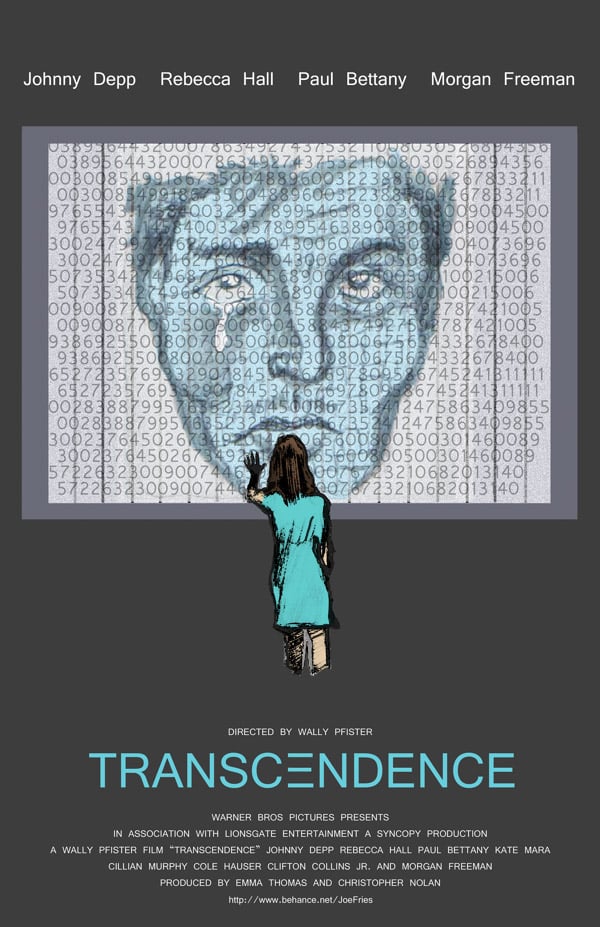 Artist Joe Fries created this great alternative movie poster for the upcoming Johnny Depp sci-fi film, Transcendence. Fries says that he immediately had ideas for the poster when he first heard of the premise of the film in which Depp’s character’s consciousness is “uploaded” into a computer as he lies dying and his surviving wife must deal with what comes next.