Star Wars Featurette: The Birth of the Lightsaber

George Lucas recalls that Star Wars was influenced by pirate and swashbuckling films of the 1940s, which showcased the romantic side of fighting, illustrated in characters like Errol Flynn’s Robin Hood. With Jedi, who were heroes in this tradition, the director needed a weapon that would match their ideals. In a clip from Star Wars: Episode IV A New Hope, the lightsaber is introduced by Obi-Wan Kenobi, who says it’s “not as clumsy or random as a blaster. An elegant weapon for a more civilized age.” Thus, the lightsaber also became a symbol for more peaceful, honorable times, representing what the galaxy was like before the Empire. Originally, Lucas says, Jedi were meant to fight with just swords. But to give the weapon a technological edge, they became “laser swords,” able to deflect incoming fire — which made sense, character-wise, as Jedi were not meant to be warlike, aggressive fighters.

The choreography and duels started simple, but became more emotional and complex as the series went on. Mark Hamill states that Lucas originally envisioned lightsaber hilts as being very, very heavy, always requiring two hands. But with a desire to make the sword fighting faster and more intense, they slowly moved away from the two-handed form. The technology used to create the glowing blade of lightsabers also changed as the series progressed.

In rare behind-the-scenes footage from Return of the Jedi, Luke Skywalker battles Darth Vader, and Hamill explains that metal poles were required so that the actors could have a realistic battle. Otherwise, one wouldn’t know where to stop their hands and finish a strike.

Ben Burtt says that the lightsaber was the first sound he created for the film. Upon hearing the hum of an old film projector idling, he felt it was the perfect, saying it was “musical, in a way. ‘That’s probably what a lightsaber would sound like.'” Burtt wanted another element — the iconic whooshing sound — which he accidentally created through electronic feedback.

In discussing the intensity of the lightsaber duels, Lucas says it changed with each film, often times reflecting the emotions of Luke and the ongoing story. Still Luke was not trained as a Jedi in the classic sense. It wasn’t until Star Wars: Episode I The Phantom Menace that audiences would see Jedi battling in their prime; the duels were more aggressive and acrobatic than anything seen in the original trilogy, and only grew in scale and intensity as the series continued. 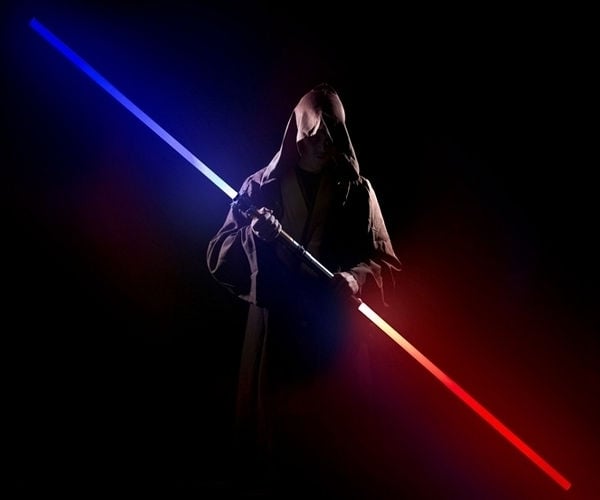 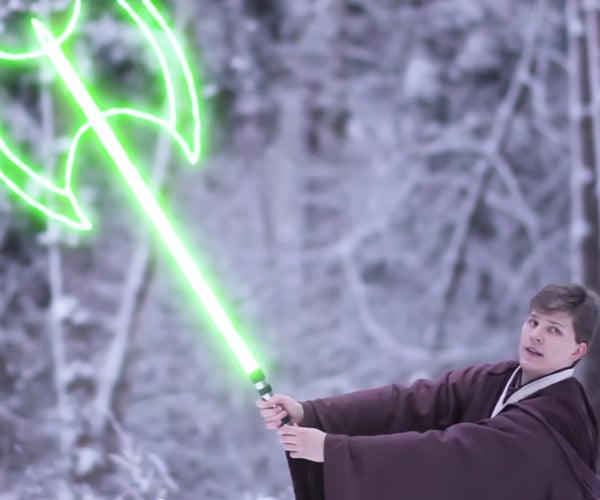 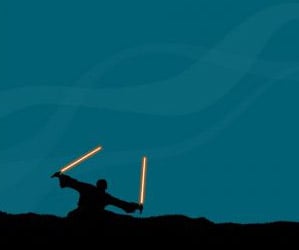 A GE Engineer Explains How Lightsabers Work
« Previous
Next »
Advertisement