A Fascinating Catalog Of Interplanetary Firsts 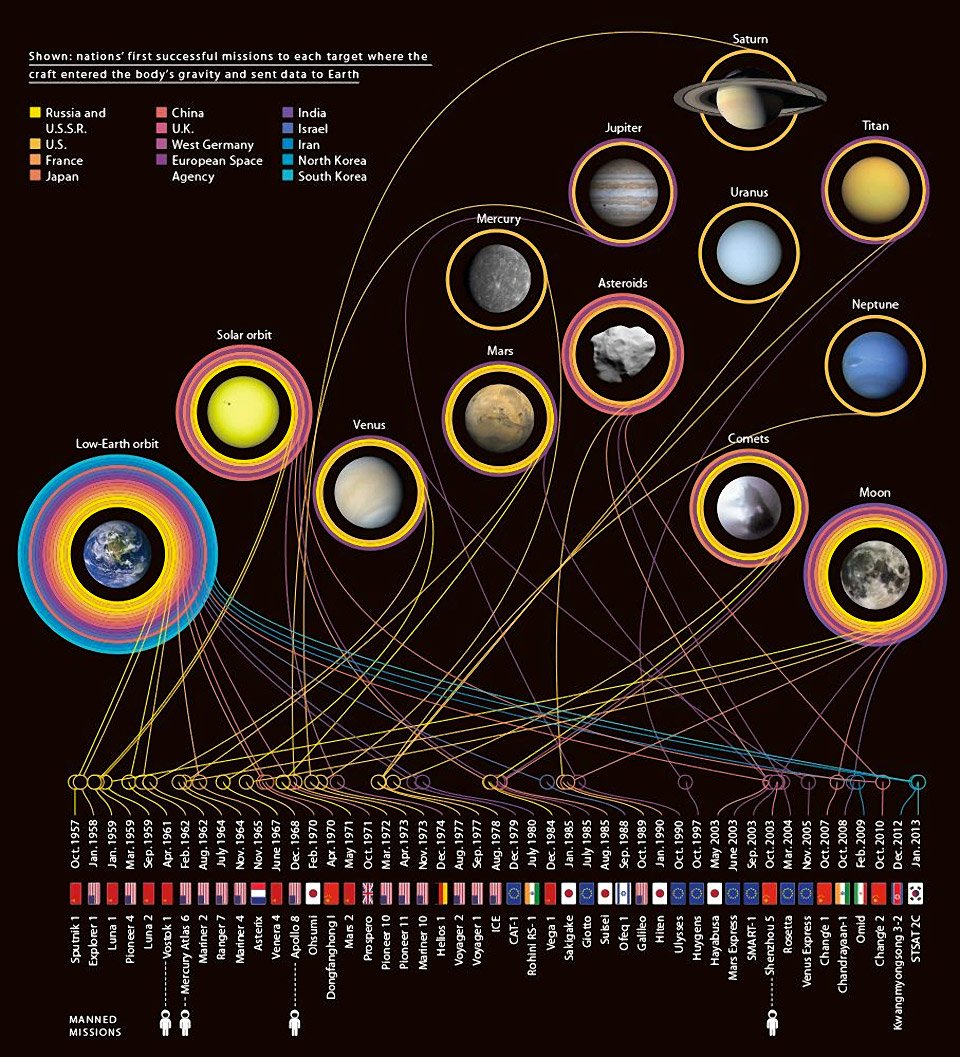 I’ve been rewatching the terrific HBO Tom Hanks series From the Earth to the Moon about the race to land a man on the Moon in the 1960s and it reminded me that, although the U.S. first set foot on the Moon, it was the Russians who first orbited our nearest neighbor.

This infographic from Popular Science displays all interplanetary missions and groups them based on the country behind the mission. It’s a fascinating way to look back at the history of space exploration over time, with the U.S. and Russia dominating just about everything until 1970, then a few other countries launch one or two missions. But in 1979 the U.S. and Russia are just about out of the picture with the European Space Agency becoming much more active and a host of countries beginning space programs in earnest.