The Original 1975 Design for the Millennium Falcon

Retronaut takes a look back at what the Millennium Falcon looked like in early concept drawings. The concept art still reflects George Lucas’s vision that the ship have a cockpit off to one side (resembling an “olive on the side of a hamburger”), but the ship itself was much more elongated. In some of the images, it looks more proportioned like the Eagle-1 from Space: 1999 the television series from the same timeframe. 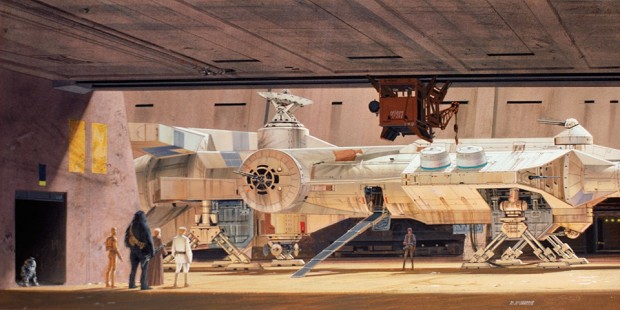