Goal of the Dead may be one of the strangest zombie apocalypse films we’ve seen for quite a while. The two-part film centers around a French Olympic football team who visits a small village only to find it’s been overrun by the undead.

Here’s the film’s synopsis, as played out in two halves:

First half: For the Paris soccer team, this friendly match scheduled against Caplongue was merely supposed to be one last chore before the end of the professional season. Yet no one could ever have imagined that an unknown rabies-like infection was going to spread like wildfire, turning this small town’s inhabitants into ultra-violent and highly contagious creatures. For Samuel, the former golden boy who is nearing retirement, Idriss, the arrogant wunderkind, Coubert, the team’s depressed coach and Solène, the young ambitious journalist, this will turn into the most important confrontation of their lives.

Second half: While the rabid supporters prowl about Caplongue, which is in a state of ruin, another nightmare begins for Sam. Barricaded in the police station with other survivors, he has to face the young Cléo, his grumpy father, and Solène, who hasn’t forgotten him this time. Meanwhile, Idriss and Marco, hidden in the stadium and looking for a way to escape, are also settling a few scores along the way. 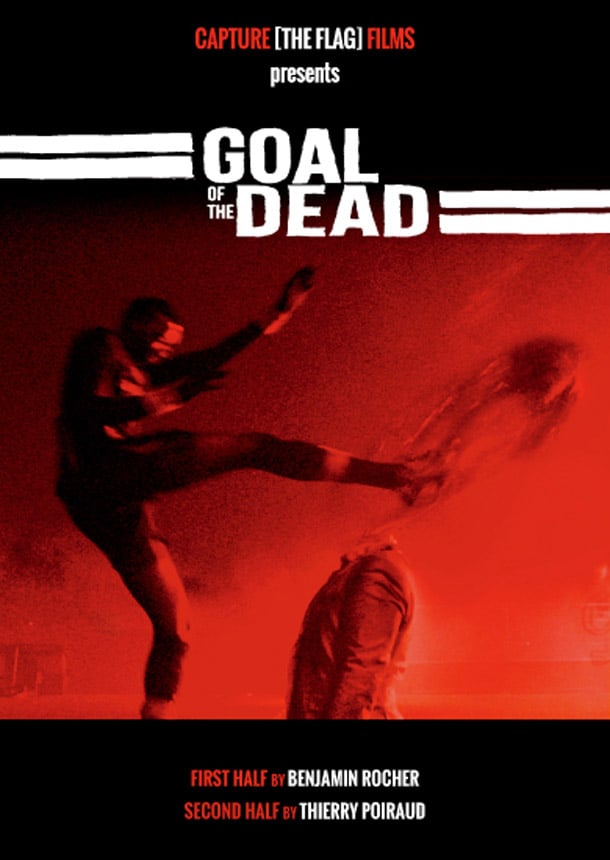 No word yet whether we’ll see this one in the United States any time soon.