Craigy Who and Mr Timey Pants is an online Doctor Who/Craig Ferguson crossover fan comic featuring the 12th Doctor plus a whole host of other familiar characters and personalities linked to The Late Late Show with Craig Ferguson and Doctor Who. The comic’s creator, Jo Whitby, has launched a Kickstarter campaign in the UK to bring the existing comics to paper.

She’s already blown past her goal of $750 and you’ve got until April 6 to participate. A pledge of just $10 is needed to get the comic book or $41 for the book and a cool t-shirt and all rewards include international shipping. (All monetary amounts are shown in approximate U.S. dollars  based on exchange rate as of writing.) 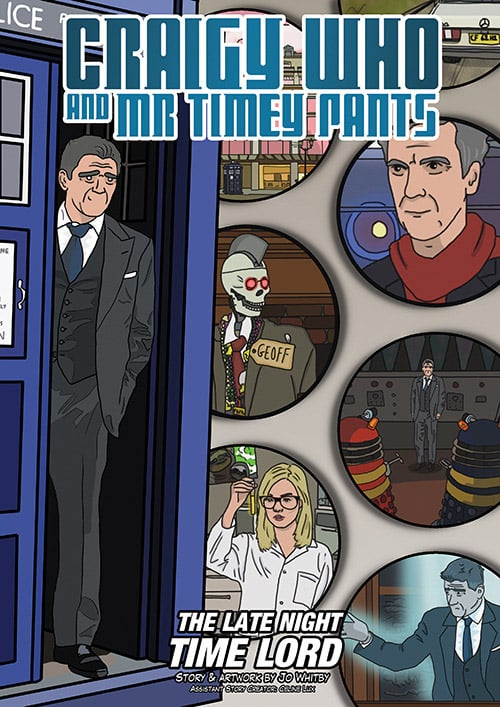 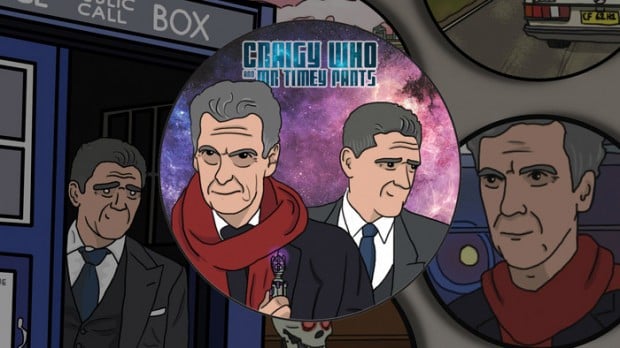 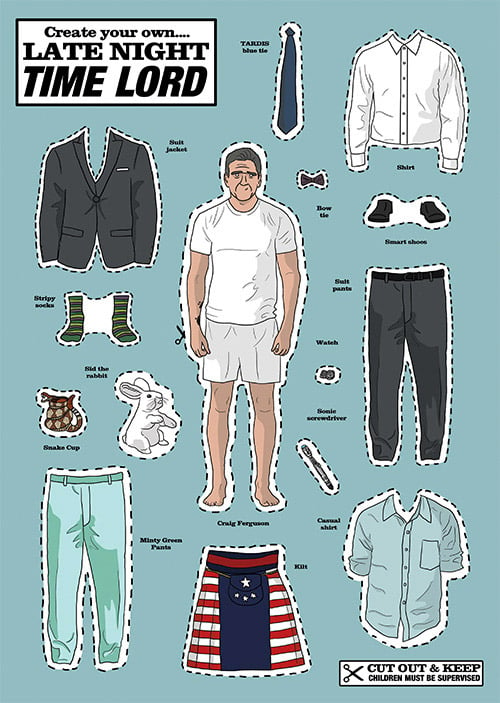