Star Wars: May the Font Be With You 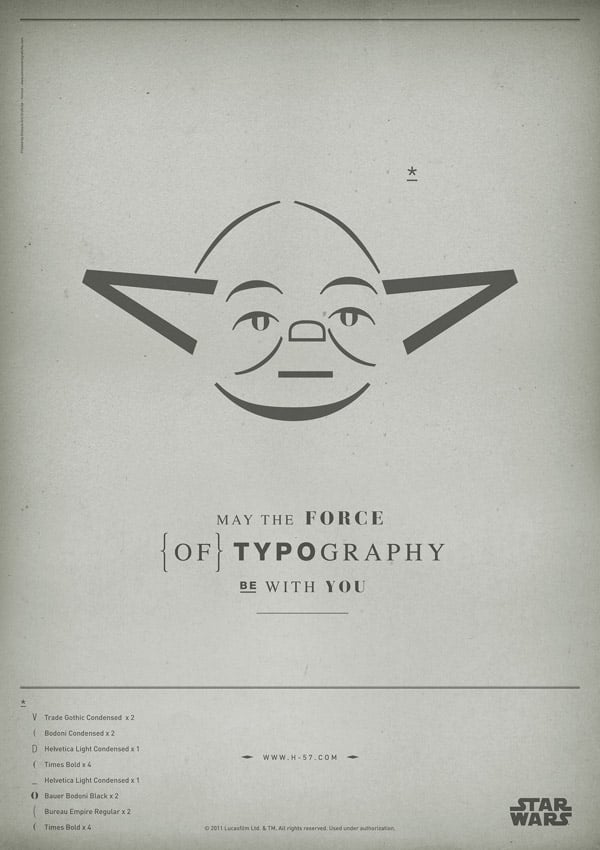 This great set of posters was done by H-57 and displays the studio’s great love for Star Wars and typography. The chose three of the most important characters from the films and used only typographic elements for the project.

The posters were sold on eBay with proceeds going to the Make-A-Wish Italy, non-profit organization. Each individual character had 300 copies printed on paper, which were then stamped and numbered. A large event was then held in Milan where the special limited edition posters printed on canvas were sold (11 copies per character). 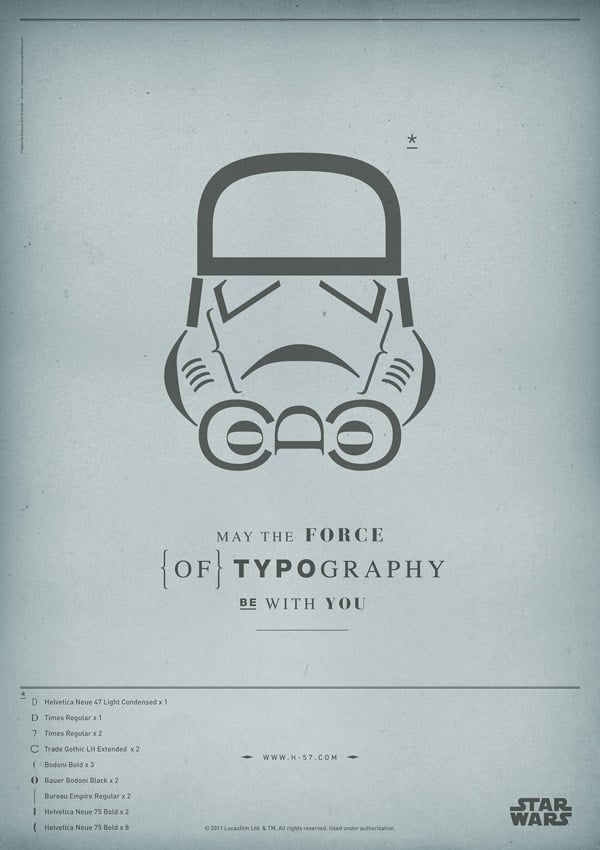 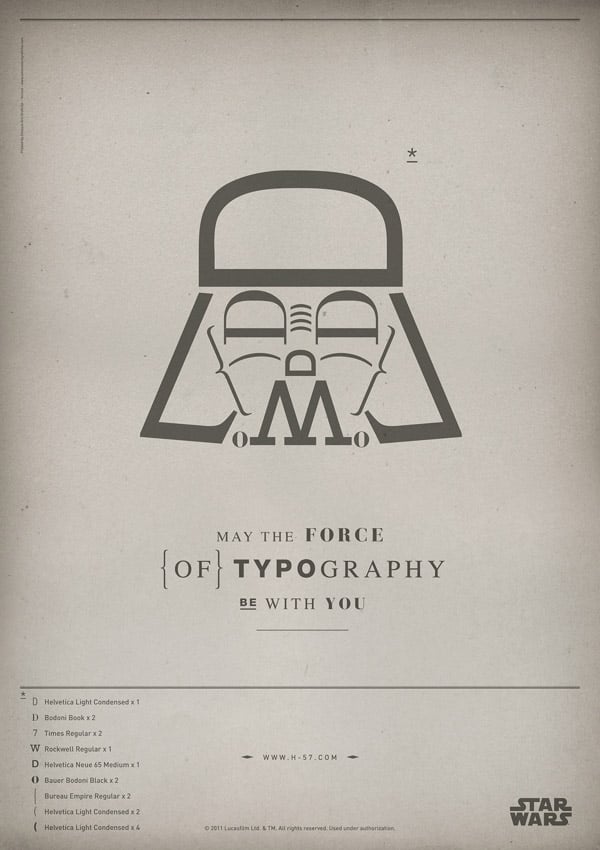