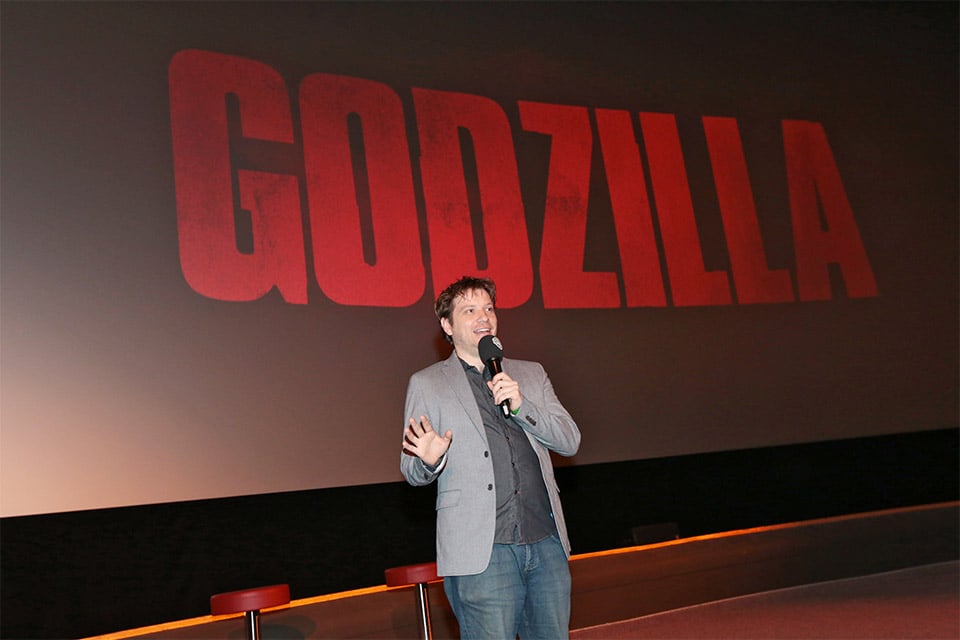 Director Gareth Edwards returned to Hamburg, Germany where his film Monsters was premiered in 2010 to share some thoughts on his upcoming film, Godzilla. MoviePilot was lucky enough to be invited along and shared what they heard with us.

After seeing 20 minutes of the film, this is what MoviePilot had to say about the film and the interview with Edwards:

The initial scene takes place in a nuclear power station in Tokyo. Something goes wrong, and nuclear physicist Joe Brody (Bryan Cranston) is able to avert a disaster. However, he has to deal with a personal loss. 15 years later we return to the same nuclear power station. This time the physicist in charge is Daisuke Serizawa (Ken Watanabe). Brody is sitting in an interrogation room. He is accusing colleagues from the power station as well as the government to hush up something… The reason for the incident 15 years ago was not an earthquake; it was something much worse, something they created that is returning. Moreover, Brody wants his son Ford Brody (Aaron Taylor- Johnson) back. Bryan Cranston delivers these emotional scenes convincingly.

As we have already learned watching the trailers, Ford is part of a special unit of the army in charge of delivering a certain radioactive load by train that is supposed to have an effect on the monsters or the threat they are posing. We cannot tell you what effect, however, you have read this correctly: the monsters! plural! Edwards kindly asked us not to reveal what their appearance.

The skydiving sequence from the trailer was also shown in Hamburg, but with additional scenes and edited differently. The additional footage contained something enormous, or to put it in Gareth Edwards’s words: “When you want to watch a movie with a kaiju like Godzilla, you don’t just want to see it fighting humans.”

Gareth Edwards also mentioned being a huge fan of Pacific Rim and Guillermo del Toro, who told Edwards how much he enjoyed Monsters. According to Edwards, they have met before and are exchanging ideas constantly. Just think of a crossover: Godzilla vs. Gipsy Danger! The rumor mill starts here…. Edwards stressed that his monsters will be more detailed than the ones in Pacific Rim thanks to Weta. Moreover, he put a lot of attention on not using impossible camera perspectives in the movie, i.e. “Each shot looks like there is a camera team on the ground, on a roof or filming from a plane. Since you can place CGI cameras anywhere, you tend to select impossible perspectives, and therefore quickly lose any tangible connection to the action,” said Edwards.

We were impressed by the gloomy and grim pictures. They reminded us a little of Cloverfield – only better. Seeing Godzilla, the monster itself, on the big screen in all its magnificence calms our skeptical Godzilla-fanboy hearts. “The mixture of the heads of a bear and a dog in connection with the majestic eyes of an eagle” so Edwards, that make up Godzilla’s head, come close to the original, and transports the monster to present day.

Production on the movie is in its final phase now, we were told. On Monday (March 3) sound recording will start, while the last CGI shots are being finished right now, and the 3D conversion process is starting. The 3D trailer was also screened in Hamburg, and looked great even without or because it was lacking forced pop out effects.

Fans can look forward to a dark and monstrous Godzilla without the silliness that plagued the version of Roland Emmerich’s ‘T-Rex-Godzilla’, which “was no real Godzilla” as Edwards pointed out. [Hooray! Ed.]