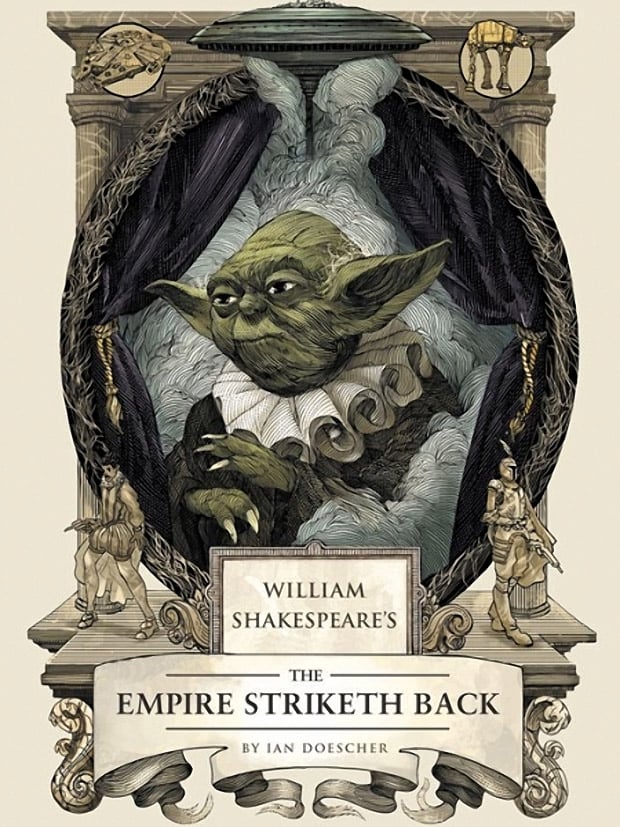 Ian Doescher returns with the highly anticipated sequel to his first book of Star Wars told in the Bard’s voice, Star Wars: Verily, A New Hope, with the second in the series: The Empire Striketh Back. The first in the series was really well done and has garnered a rating of 4.5 stars on Amazon (you can read an excerpt here or hear it read by ThinkGeek here).

Returneth, my lads, to a galaxy a thousand score distant, in another time, if thy will. The book is illustrated with beautiful black-and-white Elizabethan-style artwork, just like Bill Shakespeare would’ve wanted. This second book in the series will go on sale on March 18.

Happily, we can expect the third in the trilogy, The Jedi Doth Return, to be available on July 1.