Dawn of the Planet of the Apes: Explore Two Worlds 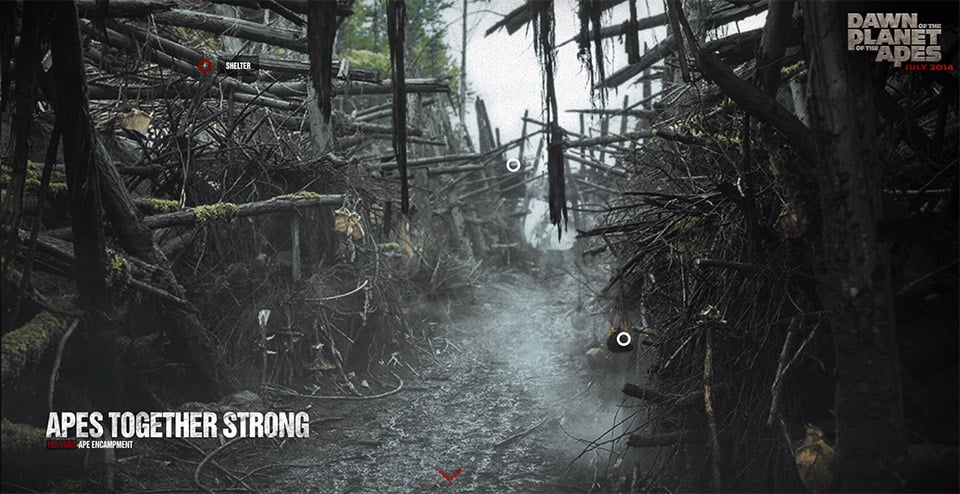 A new feature on the viral marketing site for Dawn of the Planet of the Apes has been released that allows you to explore the two worlds of the film. One, showing the world of the apes who are building a society with a strong king. 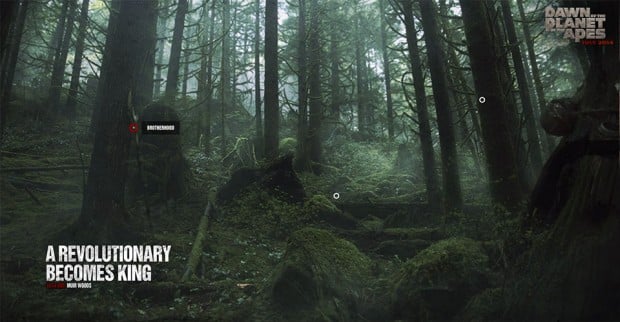 And the other world one of ruins; man’s world, where paranoia rules. 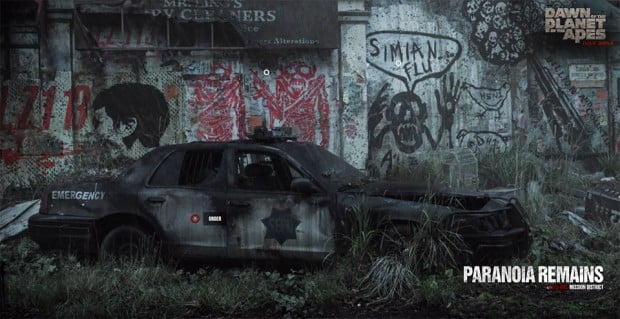 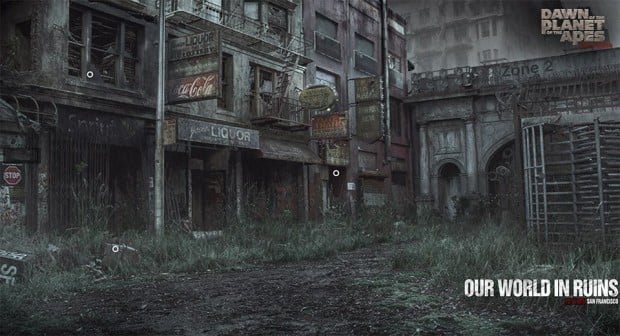