The Rosetta “Comet Chaser” is carrying out a mission that has never before been attempted: orbiting then landing on a comet; specifically, 67P/Churyumov-Gerasimenko. As the most primitive objects in the Solar System, comets carry essential information about our origins. Their chemical compositions have not changed much since their formation, therefore reflecting that of the Solar System when it was very young and still “unfinished”, more than 4600 million years ago. By orbiting Comet 67P/Churyumov-Gerasimenko and landing on it, Rosetta will allow us to reconstruct the history of our own neighbourhood in space.

In this video, Sophie Bushwick of Scientific American takes a look at five fascinating things about Rosetta. And check out the image of Rosetta’s planned path below. Amazing. 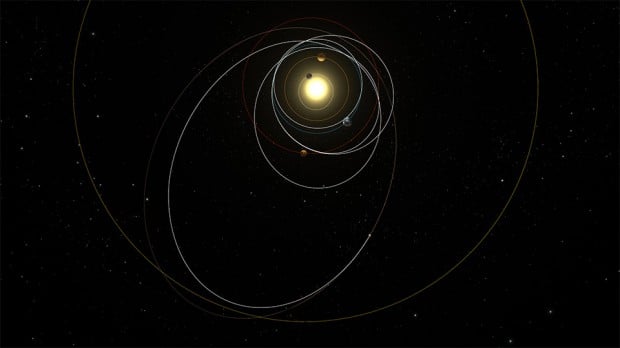