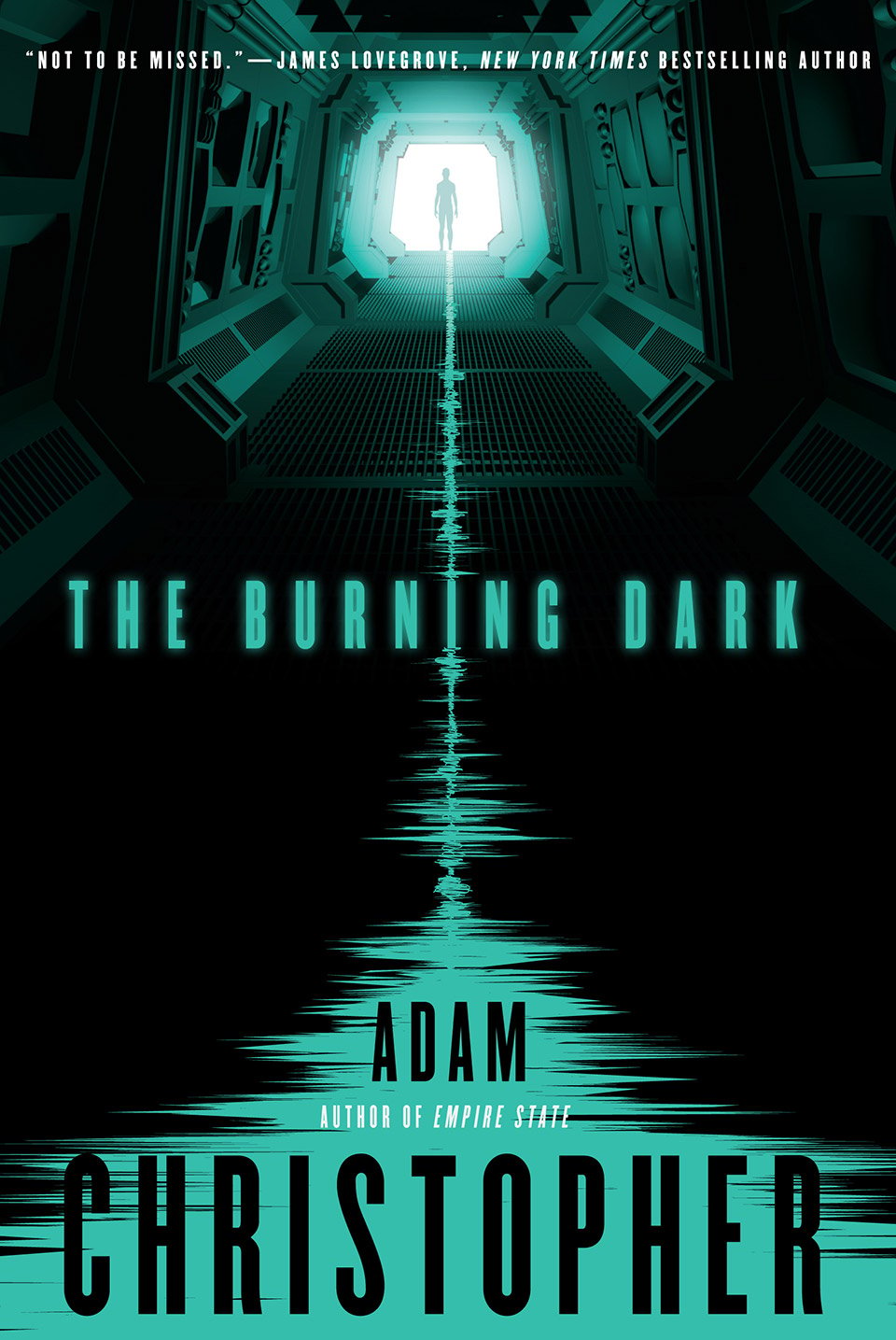 Adam Christopher’s dazzling first novel, Empire State, was named the Best Book of 2012 by SciFi Now magazine. Now he explores new dimensions of time and space in a gripping far-future thriller. The Burning Dark is being published by Tor Books and will be released on March 25, 2014.

Here’s how The Burning Dark’s story is described:

Back in the day, Captain Abraham Idaho Cleveland had led the Fleet into battle against an implacable machine intelligence capable of devouring entire worlds. But after saving a planet, and getting a bum robot knee in the process, he finds himself relegated to one of the most remote backwaters in Fleetspace to oversee the decommissioning of a semi-deserted space station well past its use-by date.

But all is not well aboard the U-Star Coast City. The station’s reclusive Commandant is nowhere to be seen, leaving Cleveland to deal with a hostile crew on his own. Persistent malfunctions plague the station’s systems while interference from a toxic purple star makes even ordinary communications problematic. Alien shadows and whispers seem to haunt the lonely corridors and airlocks, fraying the nerves of everyone aboard.

Isolated and friendless, Cleveland reaches out to the universe via an old-fashioned space radio, only to tune in to a strange, enigmatic signal: a woman’s voice that seems to echo across a thousand light-years of space. But is the transmission just a random bit of static from the past—or a warning of an undying menace beyond mortal comprehension?

Sounds intriguing, doesn’t it? We’ve had the chance to read the book and we’ve enjoyed it very much. You can download an exclusive excerpt from The Burning Dark here, and we’ll have more coverage of the book’s release as we get closer.