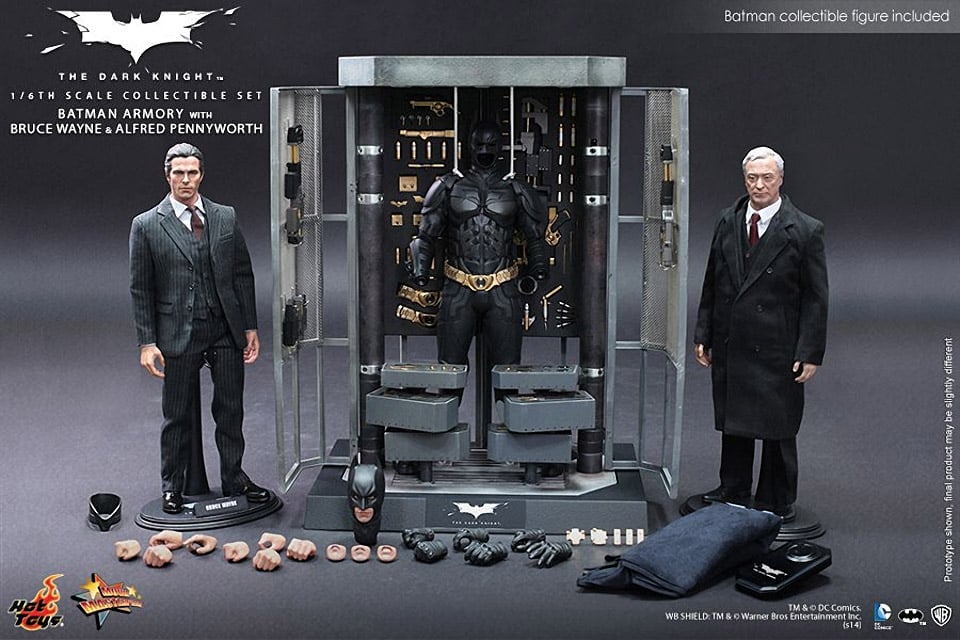 Hot Toys has announced a new 1/6 scale The Dark Knight Armory complete with an Alfred Pennyworth collectible figure, based on Michael Caine in the Christopher Nolan films, and Bruce Wayne as portrayed by Christian Bale.

As a hero with many superior tech and equipment, Batman uses a specialized armory to store all of his state-of-the-art weaponries and gadgets. Now Hot Toys is proud to present this Batman Armory from The Dark Knight together in a set with the firstly launched Alfred Pennyworth collectible figure. The 1/6th scale Batman Armory is highly detailed and meticulously crafted based on its appearance in The Dark Knight featuring a Batman collectible figure with patented Parallel Eyeball Rolling System (PERS) and four newly sculpted interchangeable expressions, and a large collection of finely sculpted weapons and accessories.

The movie-accurate Alfred Pennyworth collectible is specially crafted based on the image of the renowned Academy Award winner, Sir Michael Caine, as Alfred Pennyworth in the film highlighting the newly developed head sculpt and tailored costume with remarkable details. 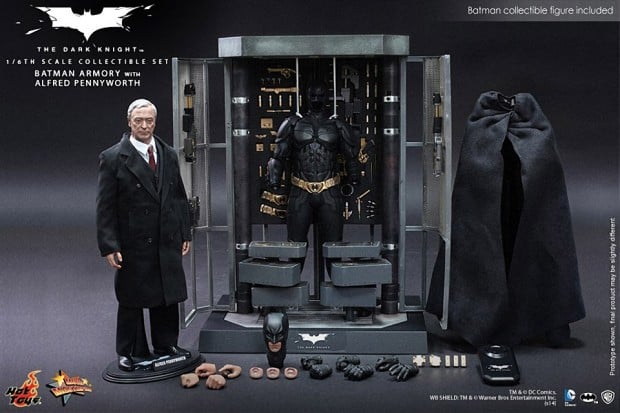 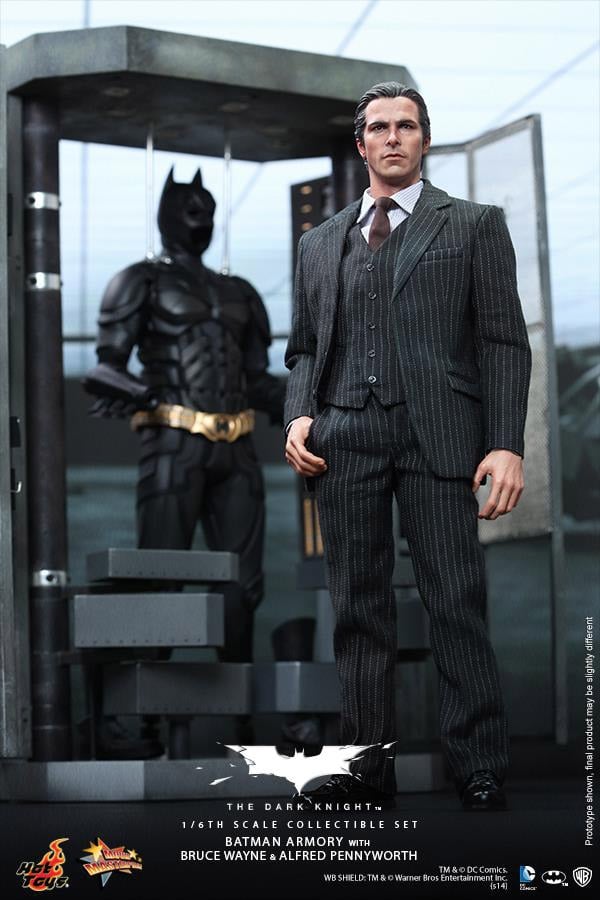 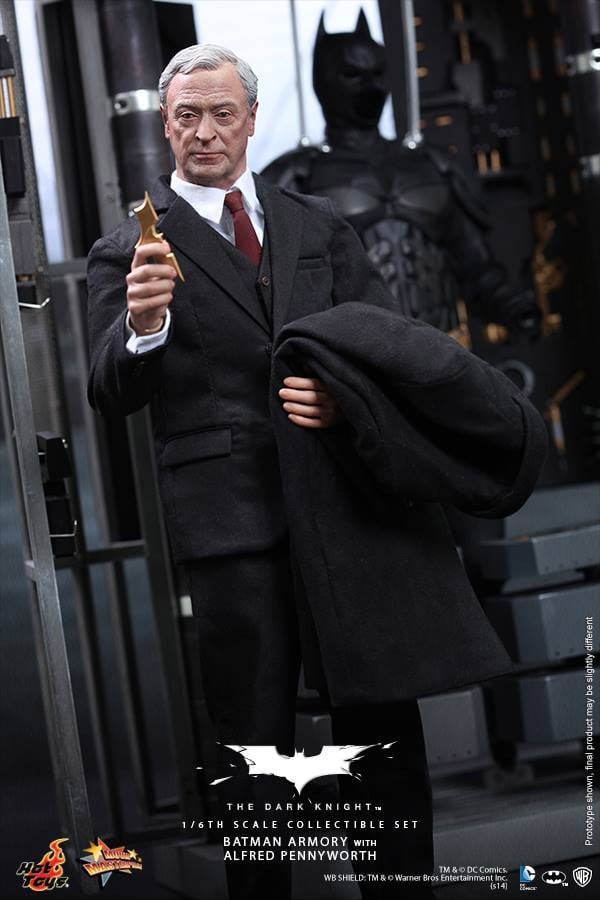 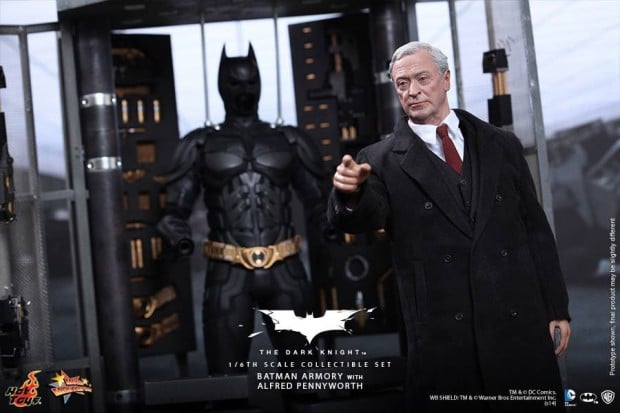