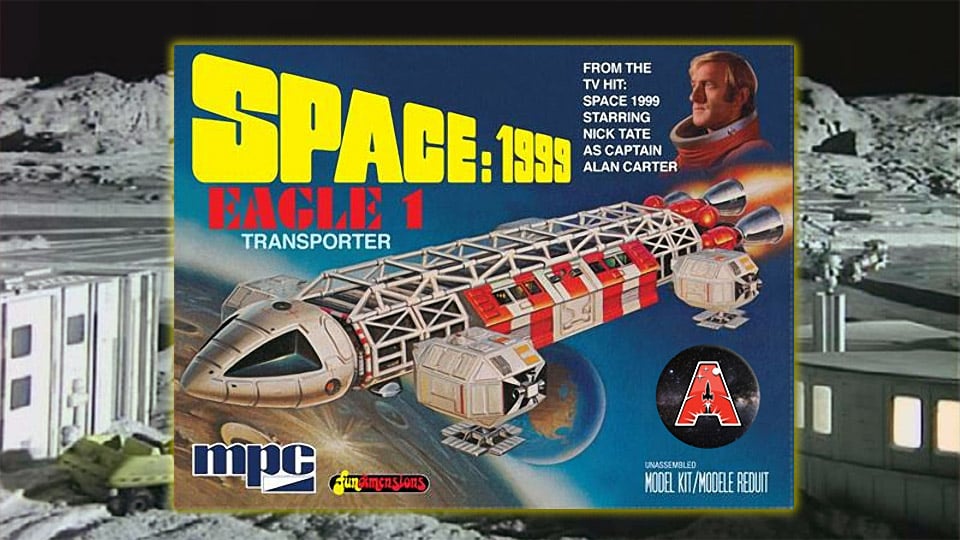 Space: 1999 was a terrific, kitschy science fiction series that aired from 1975-1977. Starring Martin Landau and Barbara Bain, both well-known television actors, the series involved the inhabitants of a Moon base being stranded far from Earth after an explosion hurtles the moon into the far-reaches of the universe. The iconic spacecraft of the series was the Eagle-1 and you can now create your very own model of the ship.

The hero ship of the show was the Eagle-1 transporter, and MPC is proud to return this classic 1/72 scale kit to the market. The highly detailed model features simple assembly and measures 12″ long when built. All new updated decals are included. Recommended for ages 12 and up.