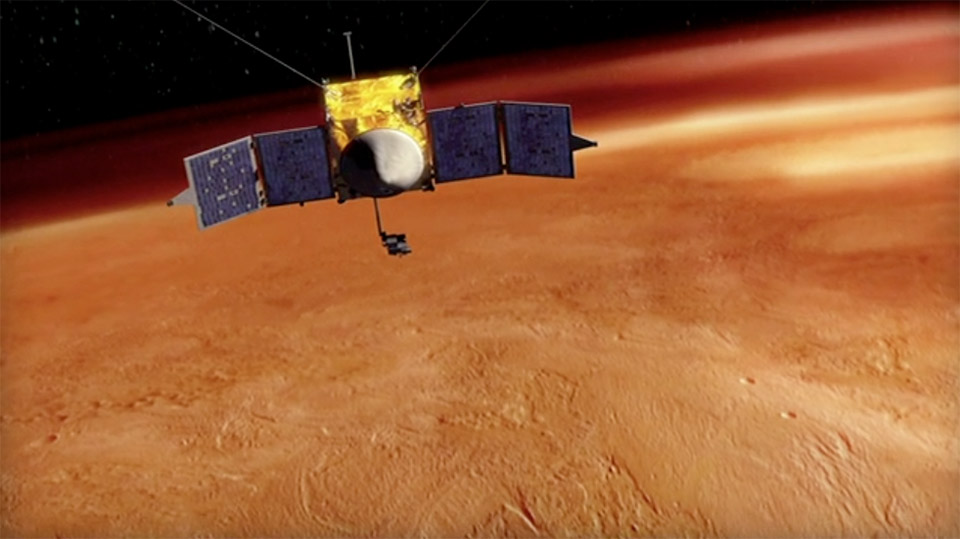 Today, November 18, at 1:29 pm Eastern Time, NASA is scheduled to launch the Mars Atmosphere and Volatile Evolution (“MAVEN”) on its way to Mars. MAVEN’s purpose is to examine what happened to the air that is thought to have once made the planet’s surface habitable. After it reaches the red planet, MAVEN will circle Mars in an elliptical, 4.5-hour orbit, climbing 3,860 miles above the planet then swooping down to within 93 miles of the surface. It will also make some particularly deep dips, to within 77.6 miles of the surface. During those passes, the craft will sample Mars’s upper atmosphere and also catalog the solar wind particles bombarding the planet’s surface. That data will help scientists determine the rate and cause of Mars’s atmospheric depletion.