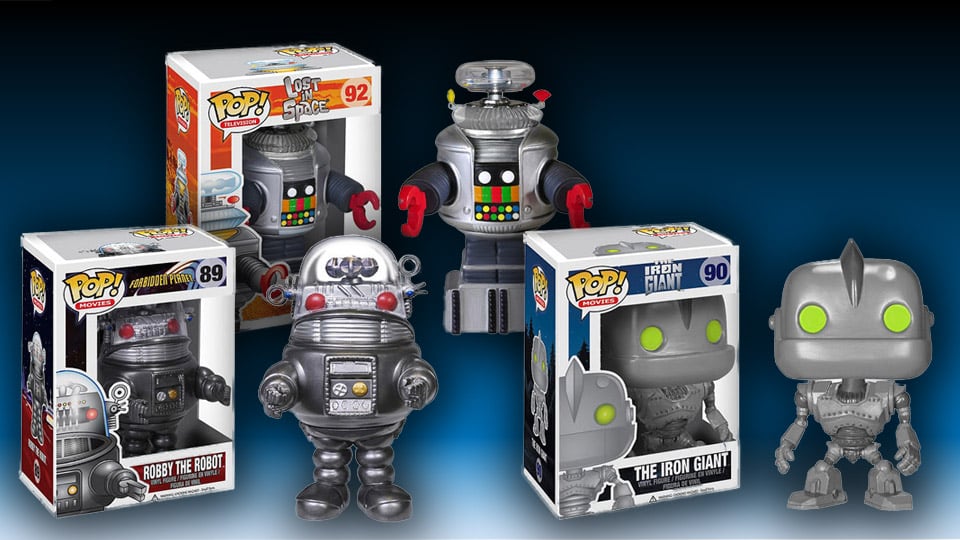 Forbidden Planet, Lost in Space, and The Iron Giant are all three great movies or TV series in which an endearing robot companion played a central role. Now you can get each of those three robots: Robby the Robot, Robot B9, and the Iron Giant thanks to the folks at Funko.

Each collectible figure stands 3.75″ tall. Robby comes with screen-accurate details like the button on his control panel; B9 has his characteristic red pincer hands; and the Iron Giant has rivets in his armor.