The Physics of Thor: How Does He Fly? 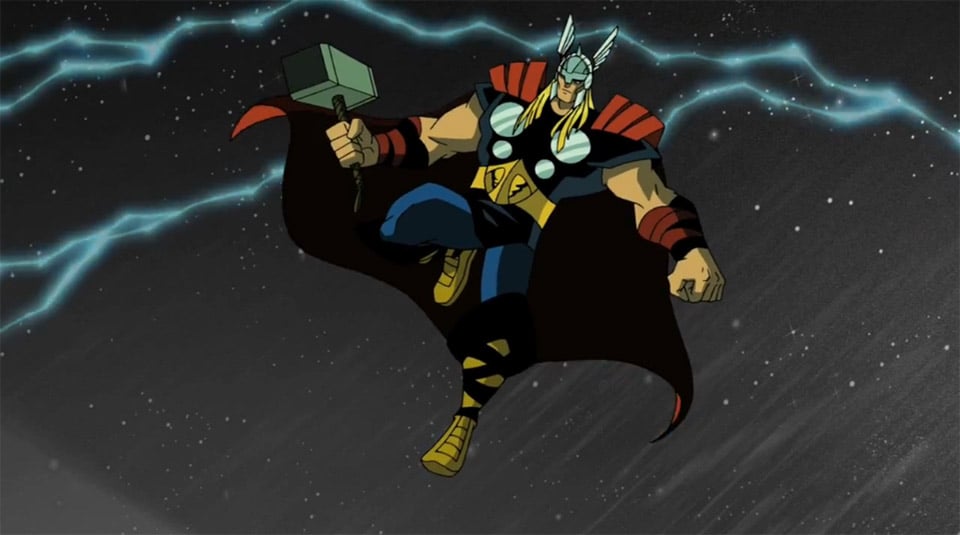 With Thor: The Dark World in theaters now, Kyle Hill of Scientific American looks at the physics behind Thor’s ability to fly. Although Neil deGrasse Tyson calculated that Mjolnir would weigh the equivalent of 300 billion elephants, many Thor fans point out that the hammer only weighs about 42 pounds. According to the early comics, both are correct: Mjolnir is simultaneously incredibly massive and light enough to hold.

Fortunately, Hill discussed this issue with the go-to guy, James Kakalios, author of The Physics of Superheroes. As it turns out, the answer is in the comics themselves: Marvel Comics’ Indestructible Hulk No. 8 reveals that Mjolnir can effectively change its mass by emitting graviton particles. To fly, Thor simply swings the hammer at great speed and flies with the aid of all that momentum.

And, if you don’t accept all the physics around Mjolnir’s graviton-altering abilities and momentum, don’t forget magic and the fact that Thor is a Norse god. Take a look at Hill’s full article to learn more about the physics behind Mjolnir, including how can Thor summon the hammer from great distances.