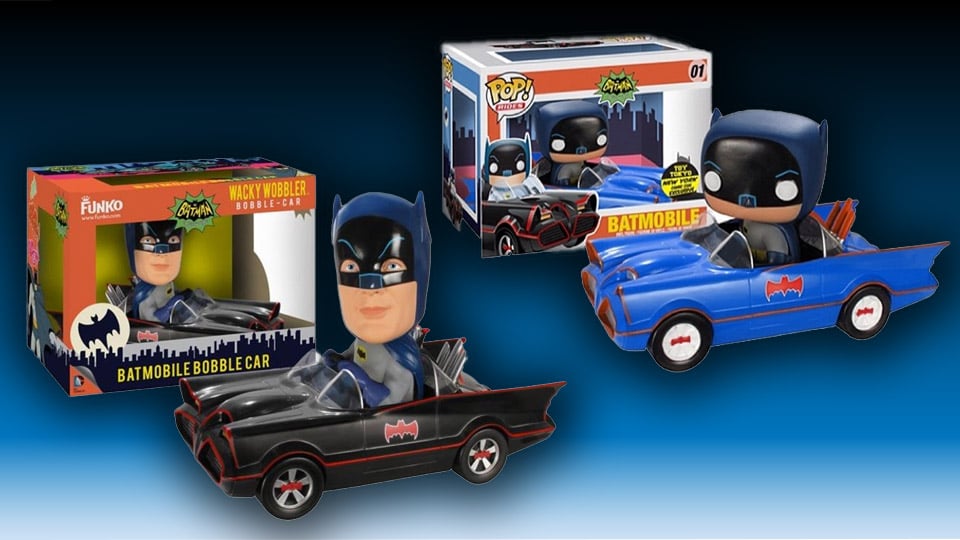 Funko’s 1966 Batman vinyl figures are currently available and Funko just announced a new Batman 1966 Wacky Wobbler to go along with their Batman 1966 TV Series Batmobile Pop! Vinyl Vehicle. The new Wacky Wobbler (shown on the left above) is available now for preorder and is expected to arrive in stores on December 17. The 1966 Vinyl version is available now. We suggest you get both sets and complete the collection.