Star Wars: Frames is a new set of collectors books containing stills from the Star Wars film series that have been selected by George Lucas to reflect his vision of the films. The set is available now for preorder and goes on sale on October 29.

After George Lucas finished work on Star Wars Episode III: Revenge of the Sith, he wanted to look back on the Star Wars saga with an entirely new point of view: isolating stills, or frames, from each of the six Star Wars films, focusing on them intensely as works of photography and design, and reproducing them in a book. For two years Lucas went through more than 150,000 frames per film, editing more than 1 million frames down to the 1,416 images that now comprise Star Wars: Frames, a testament to the hard work, craftsmanship, and dedication evident in every frame of every film. Star Wars: Frames brings together Lucas’s personal shot-by-shot selections into a lavishly designed two-volume hardcover set—one volume for the Original Trilogy and one volume for the Prequel Trilogy. For collectors and fans, Star Wars: Frames is the ultimate look on this grand project devoted to a cinematic phenomenon—and the ultimate Star Wars collector’s tome. 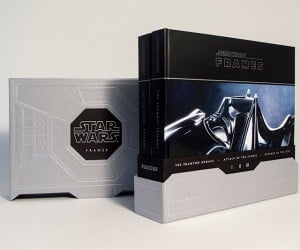 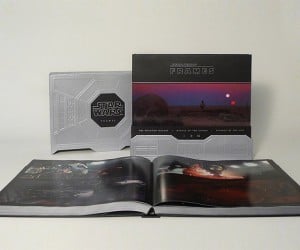 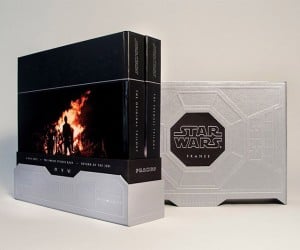