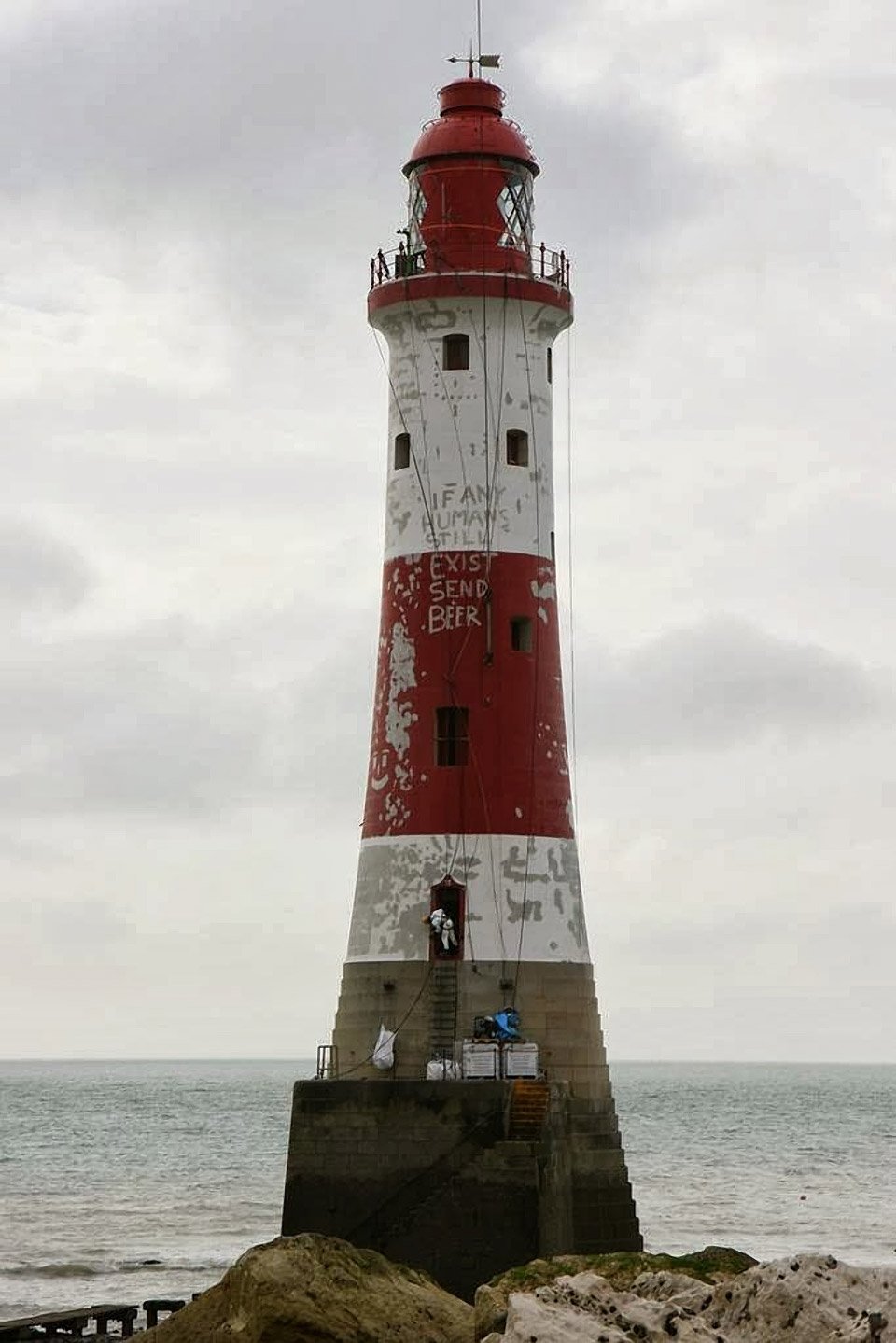 Has the zombie apocalypse started, because some people near the Beachy Head Lighthouse near Eastbourne, England are beginning to prepare. The message “If any humans still exist, send beer” has been painted in bold letters on the side of the lighthouse. Of course, lighthouses are well known for their effectiveness in holding off the zombie hordes, so these folks have chosen wisely.

The real story is that the Beachy Head Lighthouse was falling into disrepair after the owner announced it could no longer afford to keep it painted. Local residents have since started a campaign and raised the money to repaint it themselves (you can help). 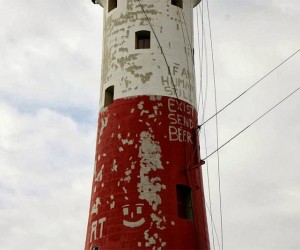 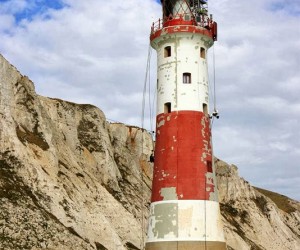 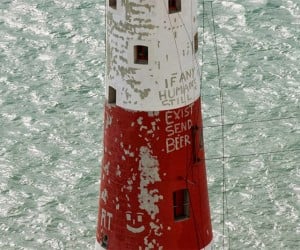