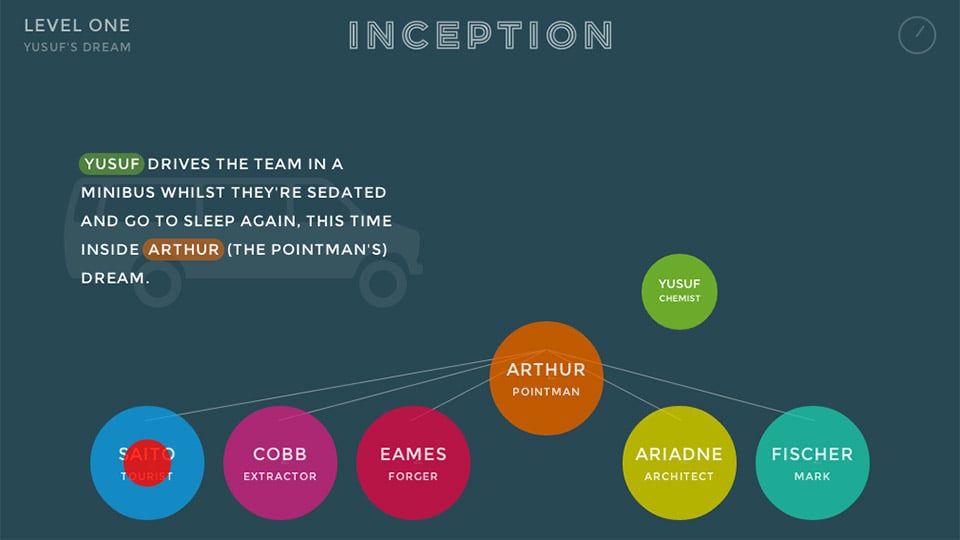 The 2010 sci-fi film, Inception, which starred Leonardo DiCaprio, Joseph Gordon-Levitt, and EllenPage, takes place in a world where dreams and reality intersect. The film’s storyline is difficult to follow at times, with dreams within dreams occurring throughout the film. This site provides a graphical timeline of the film and explains what happens in each scene. After walking through the timeline, we’re going to watch the film again and see what we missed.