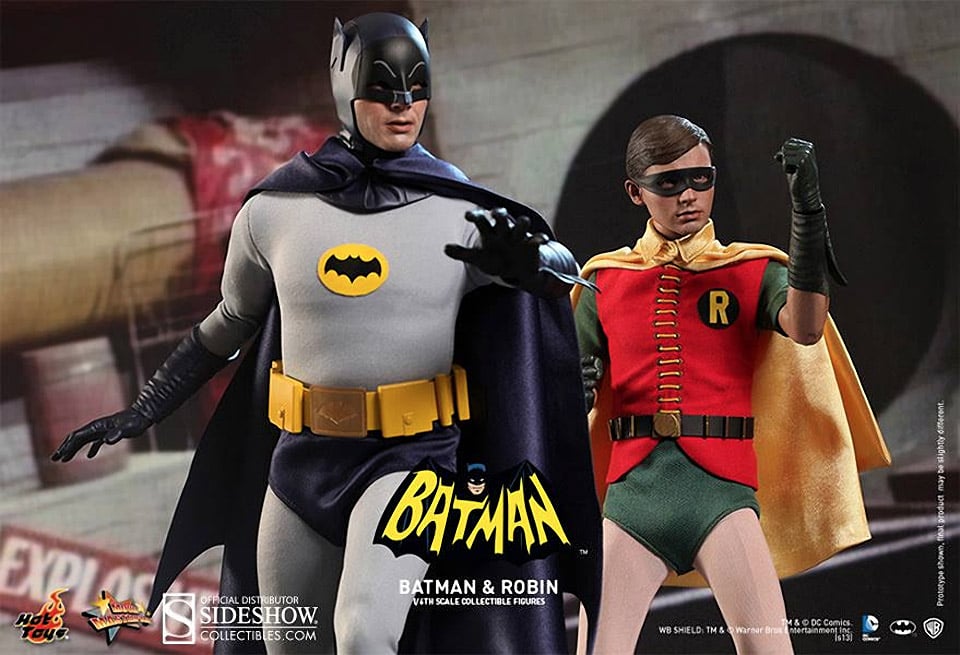 We love the campy 1966 Batman television series and we’ve featured quite a number of collectibles from that series before, like the Surf’s Up Action Figure, Funko Vinyl figures, and Bobble Heads. Sideshow Collectibles has announced two new collectible figures: Adam West’s Batman and Burt Ward’s Robin.

The Batman figure measures 12″ tall, has over 30 points of articulation and comes dressed in full Batsuit, including dark purple cape and utility belt with metal emblem. He also comes with three interchangeable faces with different expressions and 13 gloved hands in various positions. The Dark Knight’s accessories include a Batarang, Bat-radio, and shark repellent.

The Boy Wonder measures just under 12″ and also has 30 points of articulation. Robin comes with 10 interchangeable gloved hands and accessories including a Bat-radio, Batarang, and a pair of Bat-cuffs. 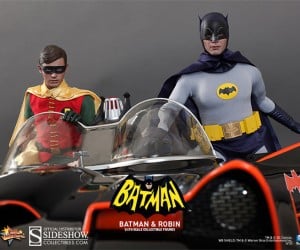 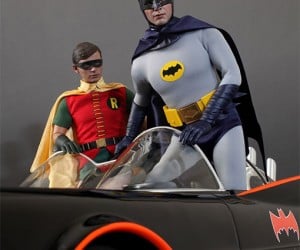 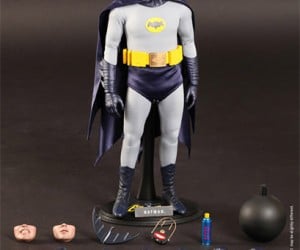 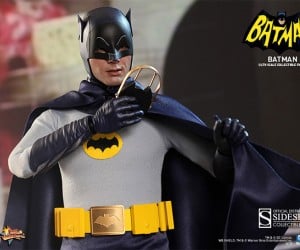 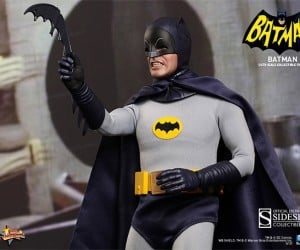 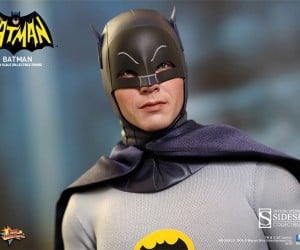 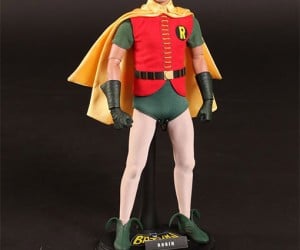 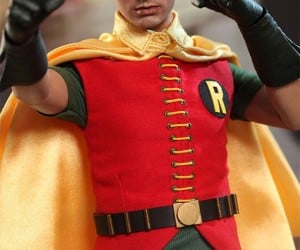 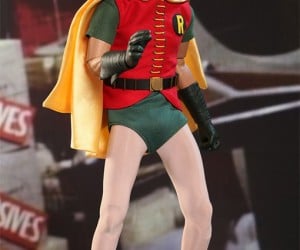